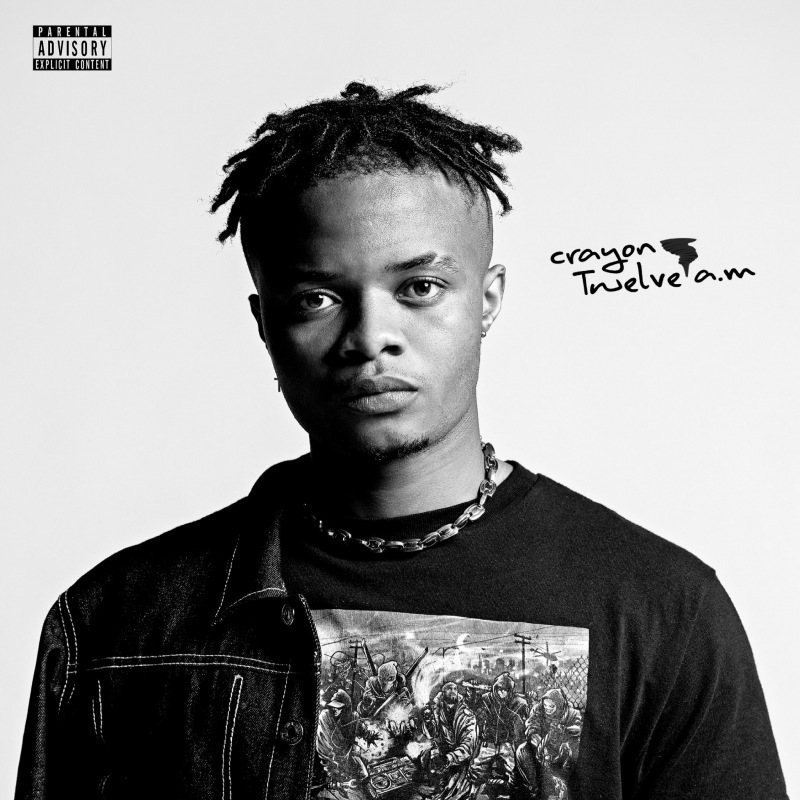 In the new EP which is a follow-up to his debut 'Cray Cray', Crayon enlists the services of fellow singers signed to Mavin Records - Rema and recently unveiled diva Ayra Starr as well as fast-rising Bella Shmurda.

'Twelve A.M' is an energetic collection of Afrobeats which continues Crayon's streak of balancing energy and finesse.

The 4-track EP with a runtime of 13 minutes was officially dropped early morning on March 26, 2021.

In the 'Twelve A.M' EP, Bella Shmurda joins Crayon for a celebration of landing the perfect love on 'Jackpot' - a song released a few days ago, while Rema appears on the can’t-help-but-be-captivated dance floor seduction 'Too Correct'.

One Acen on the other hand adds some heat to the flex that is 'Man Dem'.

The EP also sees additional vocals from the 'Away' hit maker Ayra Starr on the first single titled 'In Sync'.

London, Andre Vibez and BabyFresh are producers who worked on this project in which all featured artists player a role in writing the tracks alongside Crayon. 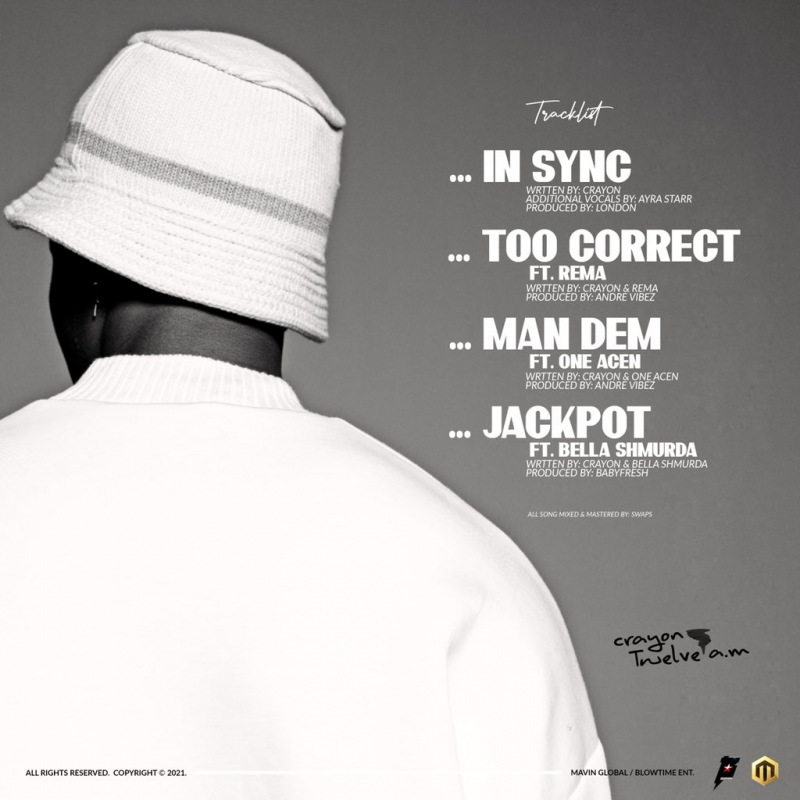 Here is the tracklist for the 'Twelve A.M' EP:

While updating his social media followers about the new EP, Crayon described it as a new dawn.

"This one is for the family, and everyone on a journey. New dawn begins at Twelve A.M," he tweeted on Thursday.