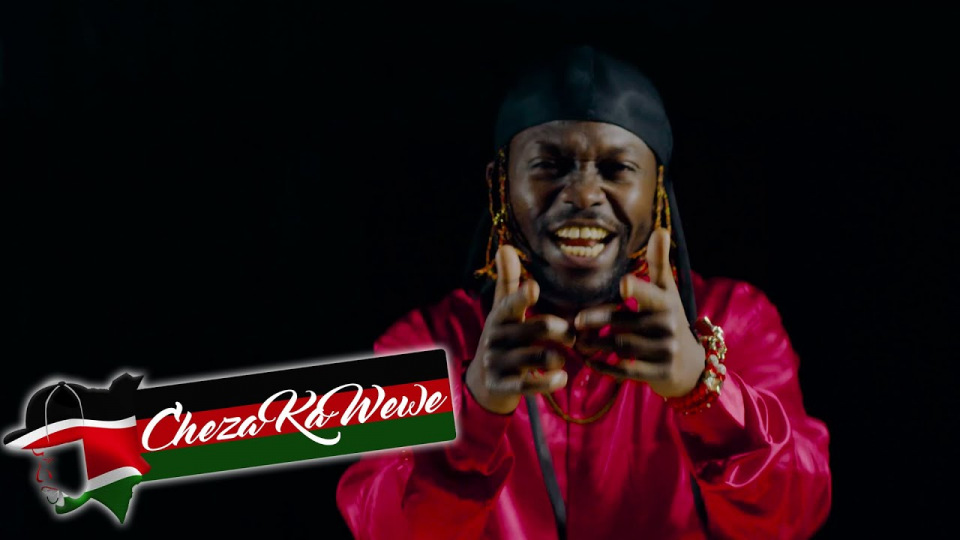 This jam takes us back in time to his popular Chipuka style which was the trendiest music style back in the day.

‘Cheza Ka Wewe’ is an upbeat rap jam sung in pure English and Swahili slang. The song addresses the atrocities that we are facing in our world today.It touches on fake friends who are only around you during good times to the fake lives that people are trying to push on different social media platforms.

Kenrazy also raps about the new music where he encourages current artists to up their game inorder to return Kenyan music scene to its former glory.The visuals which are creatively shot and edited were directed by Director Big Jey.‘Cheza Ka Wewe’ has been well received by fans and currently has hundreds of views on YouTube in just a few hours.

Meanwhile, as a treat Kenrazy also released another jam in the form of audio dubbed ‘Wapi’.
‘Wapi’ also addresses other societal issues but what stands out the most is his displeasure with Gengetone Genre for not giving him his accolades for starting the music wave that they do today.

In this jam, he addresses Gengetone artists and tells them that they listened and got inspired to sing and rap like him.

This is not the first time that Kenrazy has brought this issue up. In a recent interview with Mseto East Africa, Kenrazy addressed the genre for not crediting him for inspiration.
“Unajua huwezi force mtu kusema, I inspired you lakini unaweza ambia watu I schooled you,” he explained.