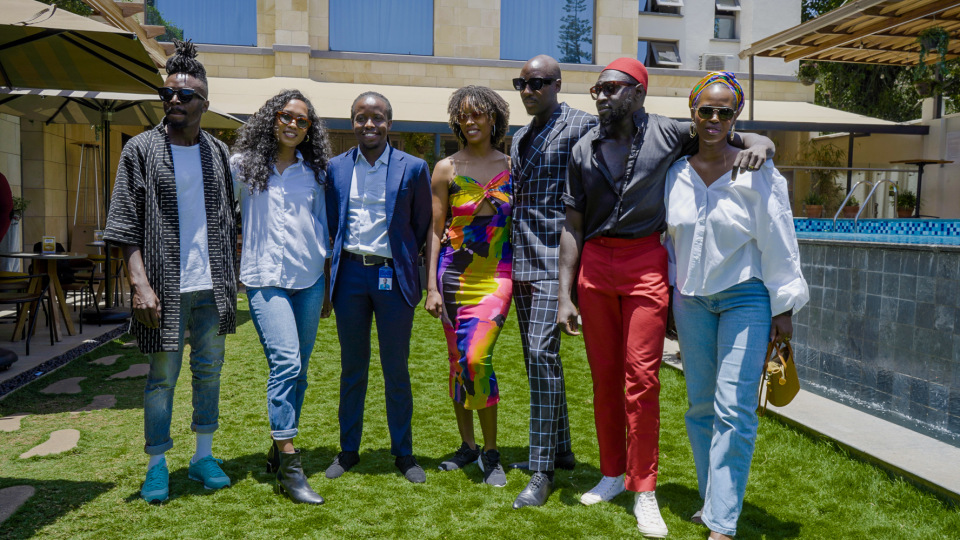 Sauti Sol’s Sol Generation in partnership with renowned filmmaker Eugene Mbugua on Monday unveiled season 2 of the Sol Family reality show in an event that was held at Social House, Nairobi.

Sol Family will air every Monday starting on 15 March 2021, exclusively on Showmax. Season one was a fan favorite show for many who had yearned to get an inside look at the lives of the Sol Generation family.

So what should fans expect in season 2?

Season 2 episode 1 kicks off a new chapter for the whole Sol Family as Sauti Sol prepares to welcome a new member of the family, Bensoul faces tragedy at his first performance in a pandemic, and Nviiri is in search of a new musical identity.

According to Bien’s wife Chiki, fans shouldn’t expect any controversial drama or fallouts.

“We will give you drama but it won’t be 'don't talk to me’ kind of drama. We don’t fall out that often, we’re genuinely close and we respect one another. We get together on a regular basis. I think when you really put yourself out there, you welcome people to have an opinion. I was really skeptical about that but Eugene has been really amazing in allowing us to just show African love. For all of us, that was really important – brotherhood, romantic love, love for music, love for one another, love for Kenyans,” she said.

For producer Eugene Mbugua, Season 2 is exciting because everyone is a bit used to the camera now. “They know how to express themselves more now. You’ve seen the personas come out strongly. Season 2 has more of that.”