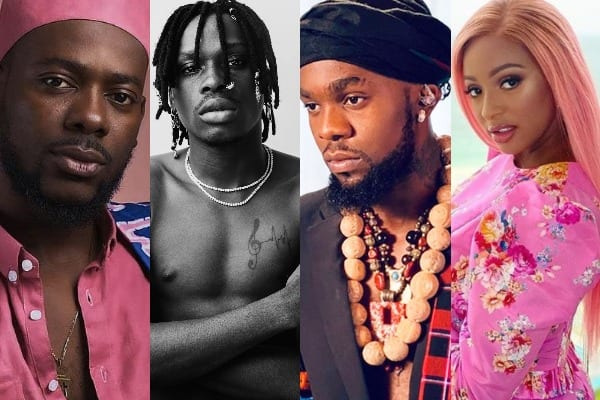 Nigerian has many artists and rarely a week ends without having a new music, project or music video.

Here are some of the top trending new music videos that Nigerian artists released this week that you need to watch as we head into the first week of March 2021.

This is a thoughtful and kind of inspirational song from Banky W, which serves as his first for 2021.

‘Final Say’ is written by Banky Wellington and Henry ‘Maytronomy’ Enebili, while its production work was done Cobhams Asuquo.

The song features Nigerian reggae dancehall singer Patoranking and its video will be worth your time.

This is the latest Naija song from the ‘King of Love’ Kizz Daniel who wastes no time in dropping the ‘Flex’ official music video.

The ‘Flex’ music video, a reggae/dancehall afrobeats single from the Flyboy I.N. boss is directed by The Alien.

The video tells a story of trust and love with Tekno saying ‘I know my baby is loyal’ with Nollywood actor Bad Boy, Jim Iyke staring.

As the song’s title suggests, this is a feel good video from Cuppy who features Fireboy DML.
‘Feel Good’ is a video for the song taken off Cuppy’s debut album ‘Original Copy’ which she released in August 2020.

The video sees Cuppy and Fireboy DML enjoy some quality time together in a gateway yacht in Lagos.