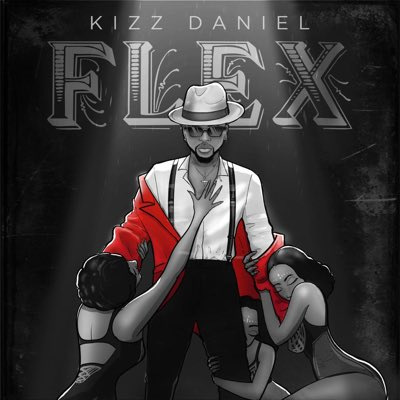 ‘Flex’ is an amazing afro beats song that fuses several sounds among them dancehall and drums to bring out a classic club banger.

The song is produced by DJ Coublon and was officially released early on February 26, 2021.
Kizz Daniel is known for releasing no bad songs and this new one is definitely not a bad one – it will entice you into dancing along to its impressive sound.

‘Flex’ released under Flyboy I.N.C comes along with an official visualizer worked on by the one and only Poka.

This is a song that follows-up on the recently released single ‘Currently’ in which Kizz Daniel featured Olamide, Falz and LK Kuddy.

Produced by Masterkraft, ‘Currently’ was released on January 29, 2021 and served as Kizz Daniel’s first single for the year.

The 33-year-old singer is best known for his singles ‘Woju’ and ‘Yeba. He went by the stage name Kiss Daniel prior to changing it in May 2018.

Kizz Daniel signed a record deal with G-Worldwide Entertainment in 2013, but left the label following a publicized contract dispute and court case.

He later founded the Fly Boy Inc record label in November 2017 under which he released his third studio album titled ‘King of Love’ in 2020.