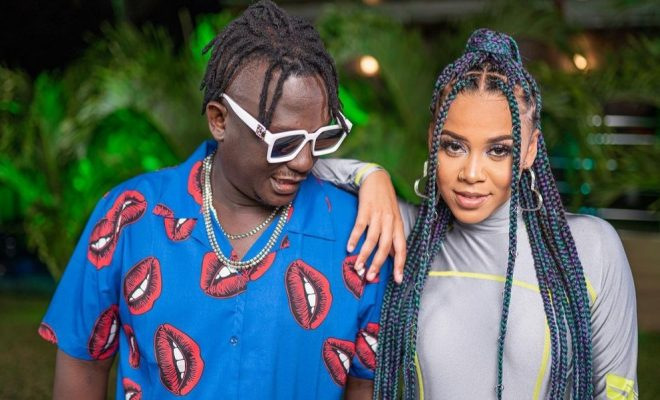 'Njoo' is a Swahili word that translates to 'Come'.

In the first part of the song Susumila describes Sho to be hot and beautiful and asks her to come close so that they can take a photo. In the visuals, he sends a gift to her via her friend who delivers it to her.

In the second part, Sho replies by telling him to stop lying because he is only playing games to win her, adding that she does not trust anything that he says. Susumila continues taking a stand by insisting that he is a bachelor and asks her to stop fearing getting together with him.

In addition to the excellent acting skills displayed by both artists, they also dance to the jam and vibe to the beat which was produced by TK2 from Kenya and Tboy Da Flame from South Africa.

The visuals which are also very creative were directed by Nezzoh Montana from Above The Rim Productions.

‘Njoo’ has been received well by fans and the song currently has over 40,000 YouTube views in just a day. This international collaboration is a great opportunity for Susumila to gain new international fans and also introduce the beautiful Sho Madjozi to his audience.