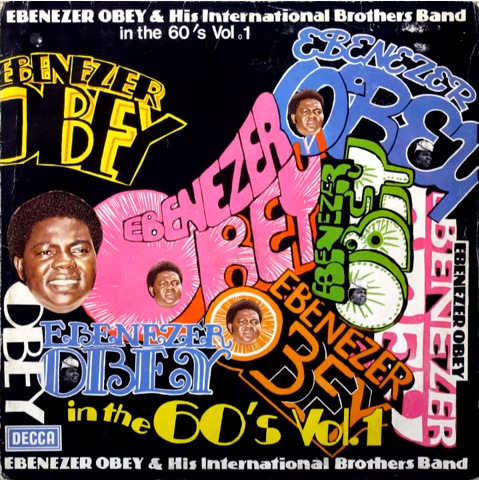 Nigeria's most popular, prolific, and influential Chief Ebenezer Obey, whose legendary songwriting and singing skills and style after developing juju style, continue to mesmerize the current generation of artists.
With over 50 albums, Chief Ebenezer Obey's first band, The International Brothers, formed in 1964, composed creatively using layered guitars and Yoruban percussion sounds.
Always a cultural and religious traditionalist, Ebenezer Obey employed a unique stylish and bluesy guitar riffs and themes whose sound in the Nigerian scene had been contagious in Nigeria for years.
Ebenezer Obey's lyrics were traditional with his musical direction being highly innovative as Ebenezer Obey worked within the praise song mold, vaunting both Christianity and the various heads of state for whom he played. In an effort to rise above his competition, Obey began to develop new musical "systems," adding as many as 20 new musicians to his ensemble at a time, extending the length of his album tracks to up to 20 minutes.

5. Ebenezer Obey and his International Brothers Band in the 60's Vol 1
https://www.youtube.com/watch?v=DEIDiUMIzaM&ab_channel=AboubacarSiddikh