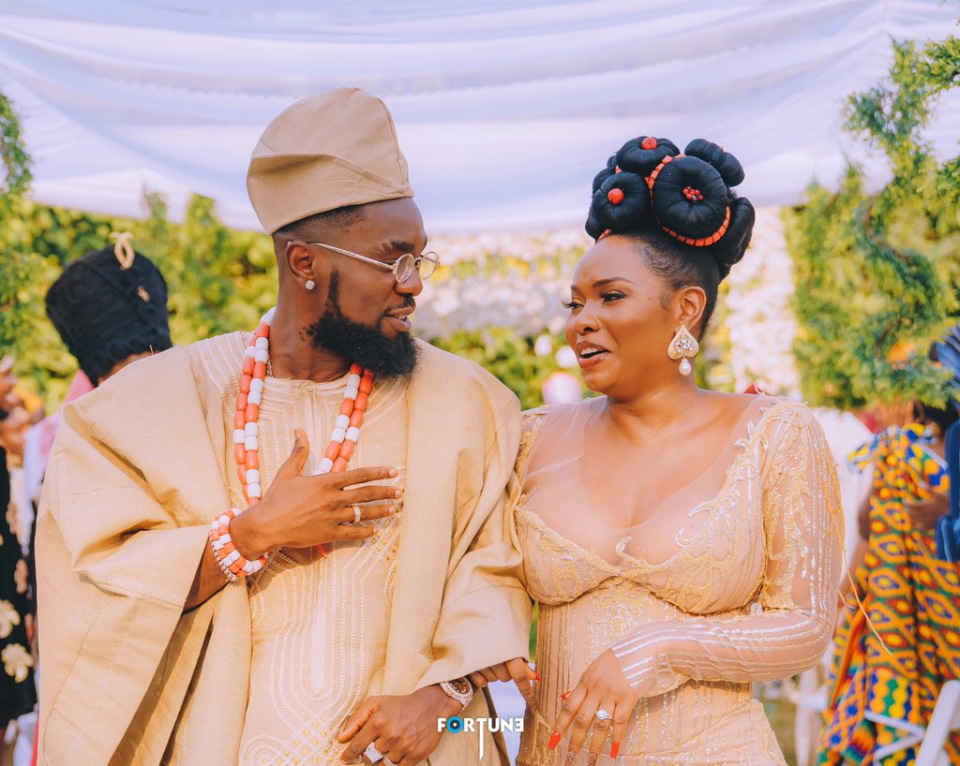 'Mon Bébé' a French word that translates to 'My Baby' in English is the first single on the 12-track album that Patoranking relaxed on August 28, 2020.

The single sees Patoranking team up with fellow countryman Flavour to deliver an amazing love track in which the duo confesses their love to this girl that they have fallen for.

The video directed by Dammy Twitch brings on board afropop star Yemi Alade who takes up the role of a woman that Patoranking has fallen in love with.

The two end up getting married - perhaps giving an answer to questions many were asking after photos of Patoranking and Yemi Alade getting married popped up on various social media platforms.

This is the second official music video that Patoranking has released off the 'Three' album.

On the day he released the album, Patoranking also dropped an official music video for the projects lead single 'Abule' which currently has over 19 million views on YouTube.

In the 'Three' album, Patoranking featured a number of popular musicians among them Tiwa Savage, Kenyan Boy band Sauti Sol as well as Ghana's King Promise.

Themes for tracks in the body of work talks about issues of life, love and happiness.