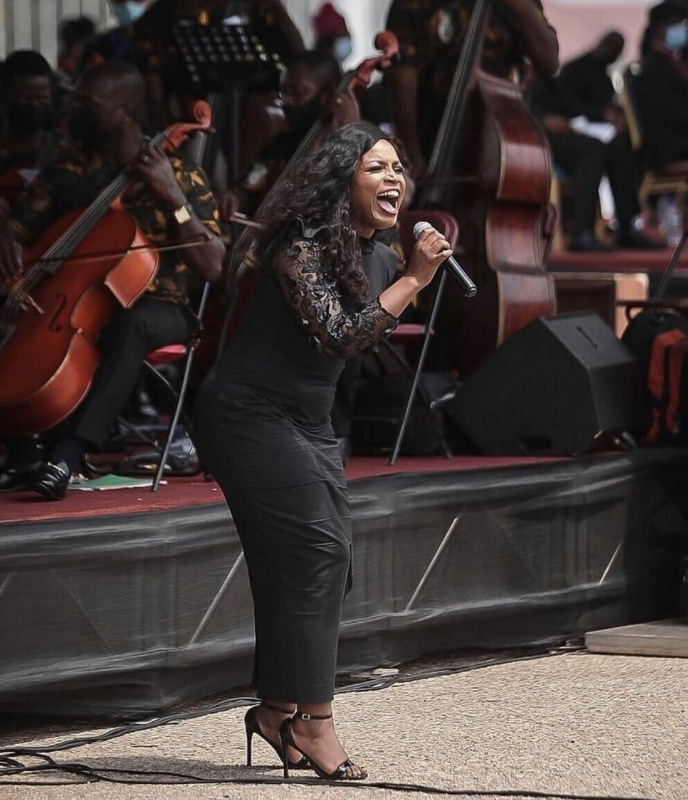 On Wednesday January 28, Ghana's finest voices, Irene Logan trended on social media for the entire day after videos of her performance at the funeral of Ghana's former president, Jerry John Rawlings went viral.

Miss Logan together with the Ghana Symphony Orchestra performed Andy Williams' "The Impossible Dream" at the state funeral which was held at the Independence Square of Ghana.

Several people on social media applauded her performance and gave her several attributes especially because she has not been active in the music industry for a long time.

"I can’t believe that Irene Logan is now getting the recognition and respect she deserves but I suppose sometimes it takes one even or opportunity to just put you out there cos after Irene and Jane parted ways , I fell in love with her on Adams Apples! Her voice is mesmerizing," Miss Yalley, a tweep posted.

Irene Logan is a past winner of Stars of the Future, a music reality show where she demonstrated so much potential. After the competition, she formed a group with her second runner-up, who is now Ghana's vocal goddess, Efya.

After their split, Miss Logan stayed in the limelight for a while and then went quiet, performing only corporate events.

After her performance at the funeral, most people have been asking her to come and take the microphone `again.