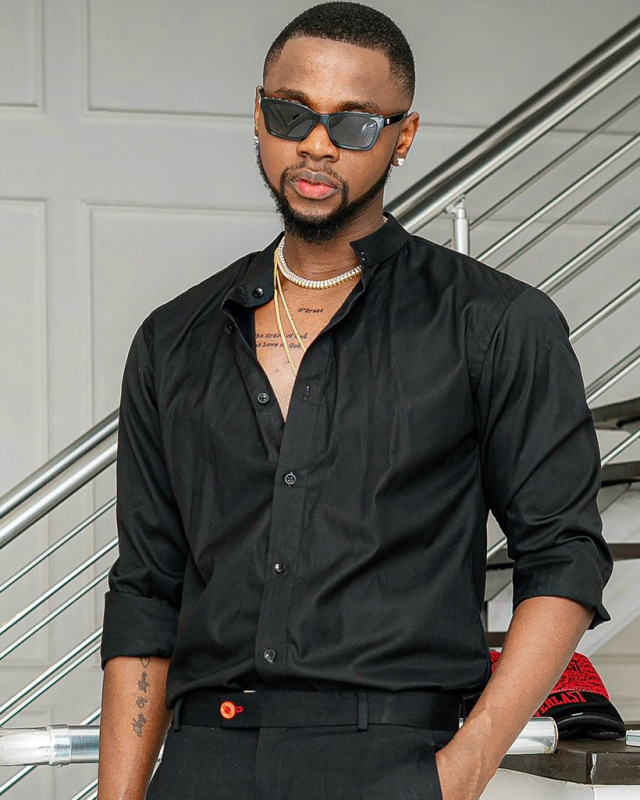 Nigerian singer and songwriter Kizz Daniel has announced that he will be releasing a new song in February.

In a post on his official Twitter handle, Kizz Daniel hinted that the new song is titled #Flex.

The singer best known for his hit singles 'Woju' and 'Yeba' however did not reveal the exact date that the new music will be dropping.

'Flex' will be the first single from Kizz Daniel not only in 2021 but since he released his 'King of Love' album mid-2020. 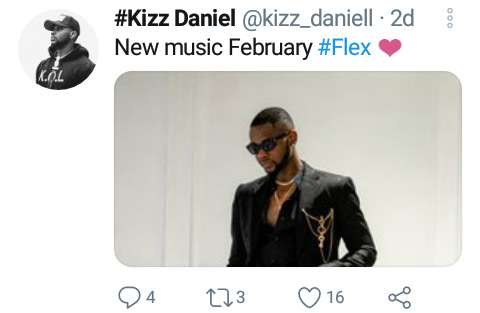 The album that houses 17 tracks has been largely successful.

Some of the popular singles off the love-themed project include 'Park n Go', 'Ada' and 'Boys are Bad' - all of which have official music videos.

'Park n Go' visuals released in November 2019 has over 8.3 million views on YouTube while 'Ada' and 'Boys are Bad' have 3.2 and 1.6 million views respectively.

Kizz Daniel whose official name is Oluwatobiloba Daniel Anidugbe used a stage name Kiss Daniel prior to changing it in May 2018.

He had signed a record deal with G-Worldwide Entertainment in 2013, but left the label following a publicized contract dispute and court case.