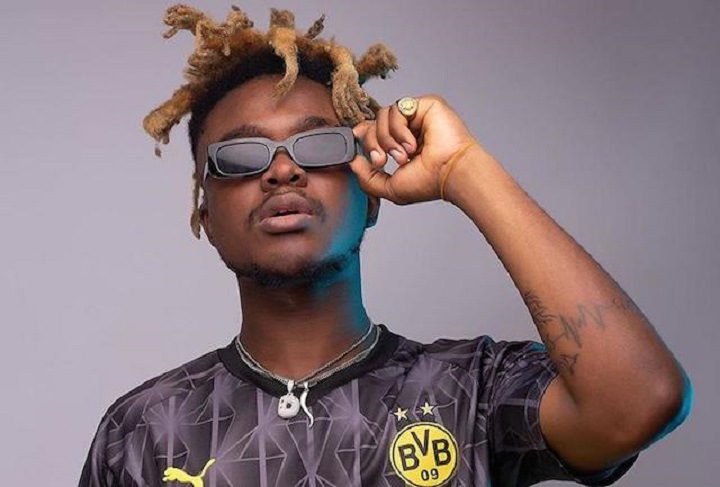 Rising Ghanaian artiste Quamina MP, has dedicated recent award plaque as the winner of the ‘Hiplife Song of the Year’ at the 2020 3Music Awards to his late father who passed away weeks ago.

Sounding very emotional after getting the plaque, Quamina MP thanked the organizers of 3Music awards and said he was dedicating the award to his father, Mr. Fiifi Amonoo Buckman aka Bongo.

Quamina MP was in a vehicle with his father, whilst coming from Akosombo to Accra when the accident occurred on the Akosombo-Accra highway.

Even though Quamina MP was lucky to have come out unhurt, his father however sadly passed on later after being in critical condition.

Quamina MP’s father, Bongo was pronounced dead upon arrival at the Akuse Government Hospital after the accident.