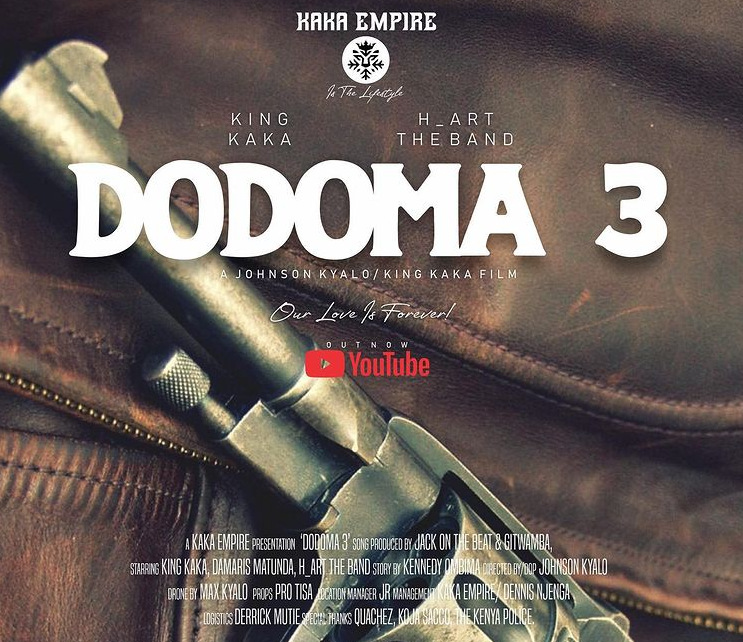 ‘Dodoma’ is a love story between King Kaka and his lover Betty. ‘Dodoma 1’ which was dropped in June 2009, introduced Betty as a rich girl from Dodoma, Tanzania who came to Kenya to study. King Kaka fell in love with the Tanzanian lady, Betty.

‘Dodoma 2’ was a continuation of the Love Story of the Century, which was released last year in October featuring Harry Kimani. It took us through the turmoil that followed King Kaka from being arrested and questioned by the police, to being searched by the people Betty had stolen from.

‘Dodoma 3’ opens with Hart_the Band delivering vocals calling out to Betty. In the following scene, King Kaka receives a call from Betty and proceeds to ask her out of anger why she is back expressing that he will pay for her visa for her to disappear completely.

On the call, Betty tells King Kaka to leave because he was being searched for by the people she stole from. They meet and travel around the country until King Kaka is woken from his dream back to the reality where he is a casual worker.

‘Dodoma 3’ was produced by Jack On The Beat and Gituamba with Johnson Kyalo and Tarriq Ombima directing the visuals.