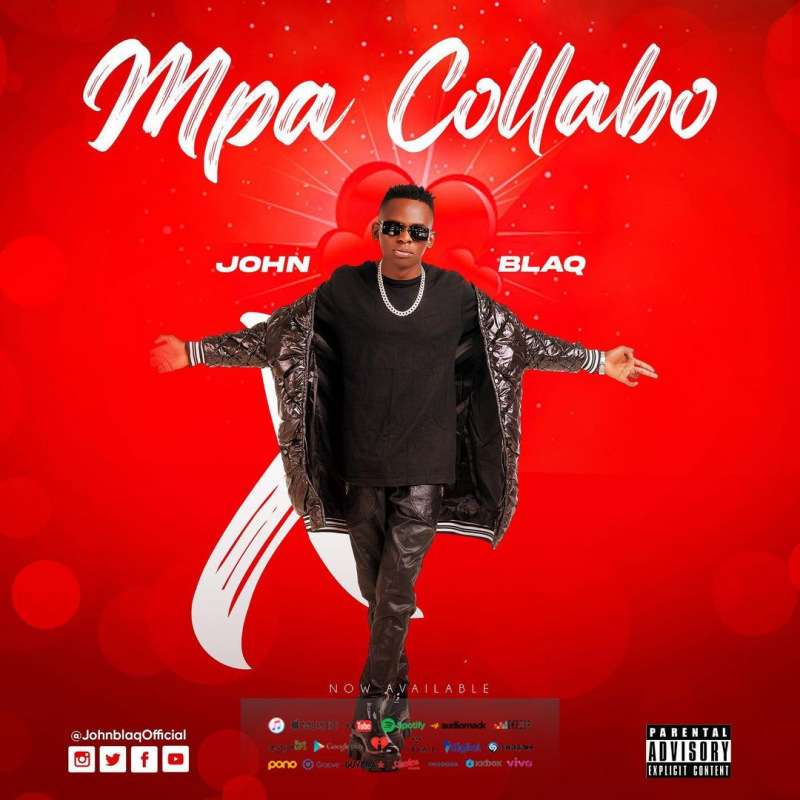 Celebrated Ugandan artist John Blaq has dropped a new hit dubbed 'Mpa Collabo' that is expected to top of music charts soon thanks to its quality.

Having had an active 2020, John Blaq is looking forward to be on top of his game in this New Year, also aiming at retaining his huge fan base that has continued to grow overtime.

The audio was produced by Luwafu's Diggy Baur from Sound Cava studio with the video expected later.

John Blaq is arguably one of the most consistent musicians in the country at the moment, blessing us with hit after hit.

In August 2020, John Blaq revealed that he was in studio putting together the last bits of this EP.

Speaking during an interview with Galaxy FM late last year, John Blaq announced that the project will be dropping later this month, also stating that the title of the EP is 'Changes'.

It has six songs which include collabos with several international artists.