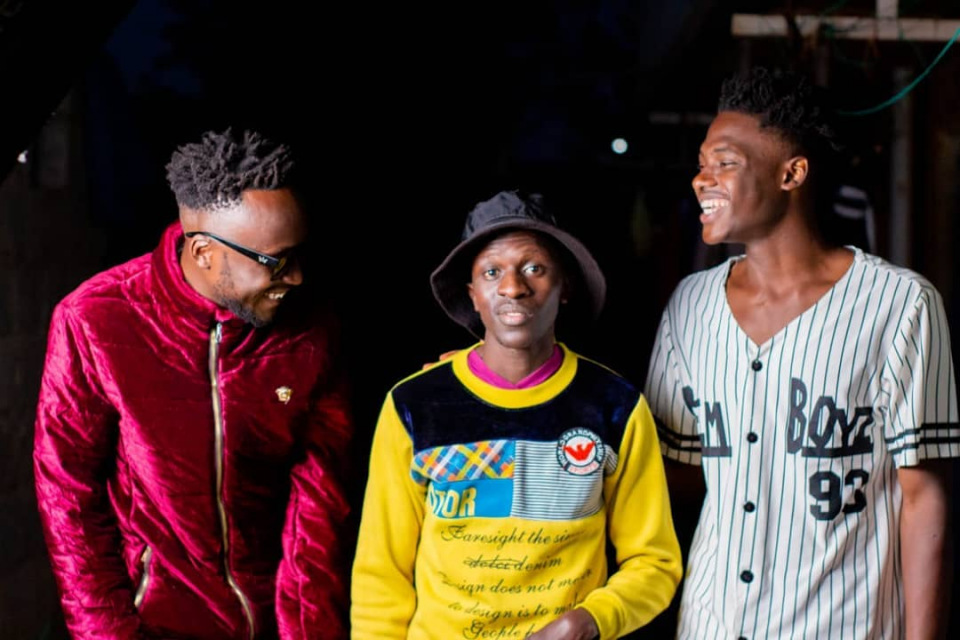 Talent is a life changing strategy once given a chance to its fullest. In an exclusive documentary with Team Psycho members who include; Joseph Hill, Iano Mabling and Nduati Nah, they talk about their past life before becoming iconic music stars of the community.

At one point in time, they were seen as a disgrace to the community with a habit of pickpocketing as their way out of survival but when they got a vision to pursue their music talent, every thing changed in their favour and ended up reformed and the community was so proud of them.

The group is now two year old in the Gengetone industry and managing to drop two hit songs 'Nimejibeba and Kata Tenje Remix' that marked their music genesis.

They go ahead to let the industry know that the music group is yet to drop a new Album 'Psycovid23' and working with renown producers like Mavo On The Beat, Vic West, Jegede and Kash Keed to make it happen.

The group tells the fans to rest be assured that great music is coming through once given the support. The documentary was directed by Kuria, produced by Hakeem, Dj Dankez and Vic West. The executive director was Cedric Singleton who put the icing on the cake of the final documentary visuals. Tap the link below to enjoy the whole session!