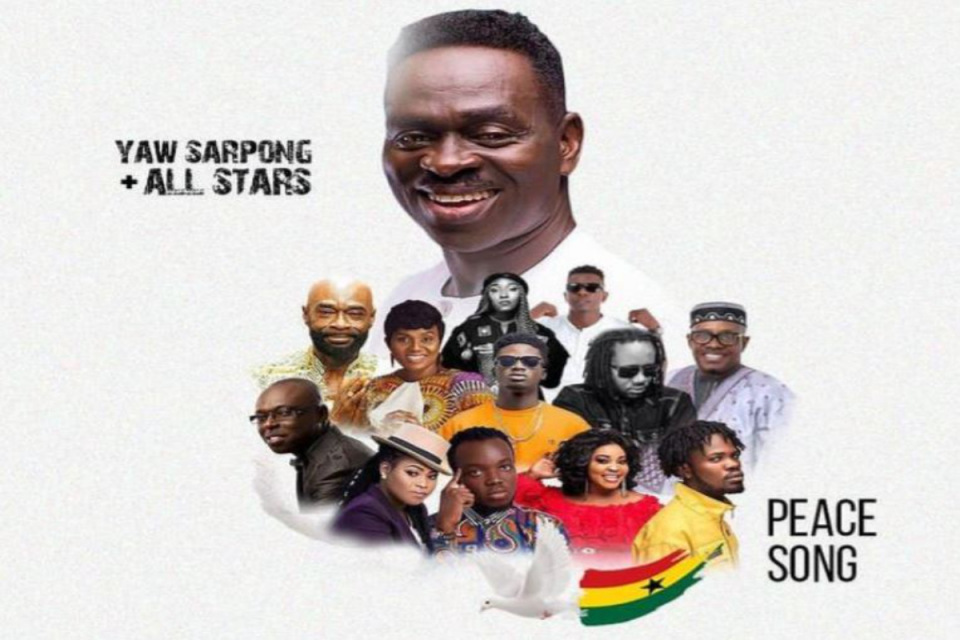 Veteran gospel singer Yaw Sarpong has finally opened up on his newly released peace song with Ghanaian all-stars.
“My unforgettable war experiences in Liberia made me release the Peace Song to remind Ghanaians to maintain our peace before, during and after the coming elections and not encourage war”. Yaw Sarpong said.
This was disclosed in an interview on Happy 98.9FM’S NsemPii with Rev Nyasa Boakwa. According to the gospel singer, “God actually placed the song in my heart in the year 2000 but He gave me the go-ahead to release the song this year and I think this time was indeed perfect for it to be released” he said.
Yaw Sarpong also confessed his shock to the way other musicians agreed to participate in the song. He said, “I wasn’t expecting that level of respect from all of them despite the fact that I know they all respect me and to add to it, they all didn’t take a dime from me”.
Ghanaian gospel legend finally took his time to appreciate all the musicians who gave him support. “I believe all this is for the peace and good of this country and come Monday I urge everyone to go out in their numbers and cast their vote peacefully because Ghana is the only place we have”.