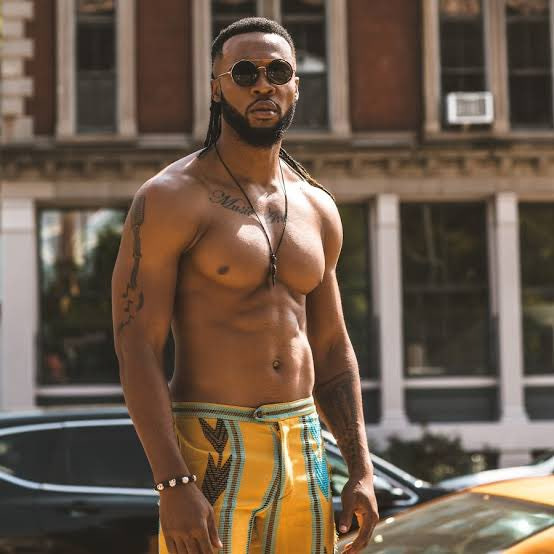 Nigerian singer, songwriter and multi-instrumentalist Flavour N'abania has announced that he will be dropping a new album on the first Friday of December 2020.

In a post on his official Facebook page, Flavour said the new album titled 'Flavour of Africa' will be released on December 4th. 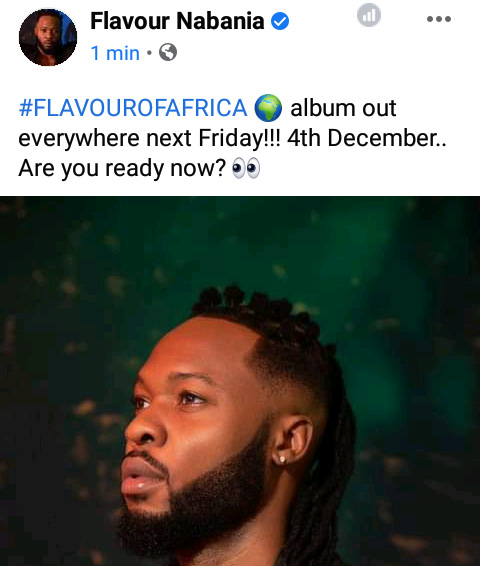 "#FLAVOUROFAFRICA album out everywhere next Friday!!! 4th December.. Are you ready now?" he posted.

Not much is known about the 'Flavour of Africa' album that Flavour is preparing to release.

The project is already available for pre-order and pre-save on a number of digital music platforms including Deezer, Apple Music and Spotify. 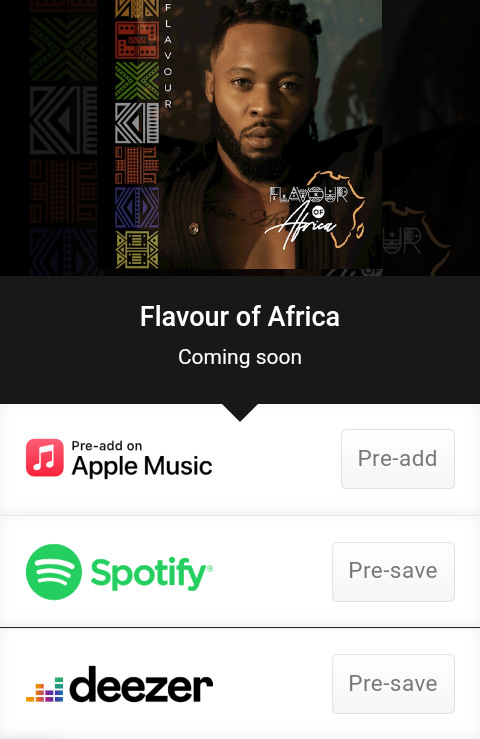 'Flavour For Africa' will be Flavour N'abania's 7th studio album. His last album was 'Awele' while he released an EP with songress Chidinma in 2019.

The 37-year-old singer began his musical career as a drummer for a local church.

He is popularly known across Africa and the world for his hit song 'Nwa Baby (Ashawo Remix)'.

Flavour N'abania' is currently signed to 2nite Entertainment. He released his self-titled debut album N'abania in 2005 followed by his second studio album 'Uplifted' in 2010 that was supported by the singles 'Nwa Baby (Ashawo Remix)', 'Adamma' and 'Oyi Remix'.