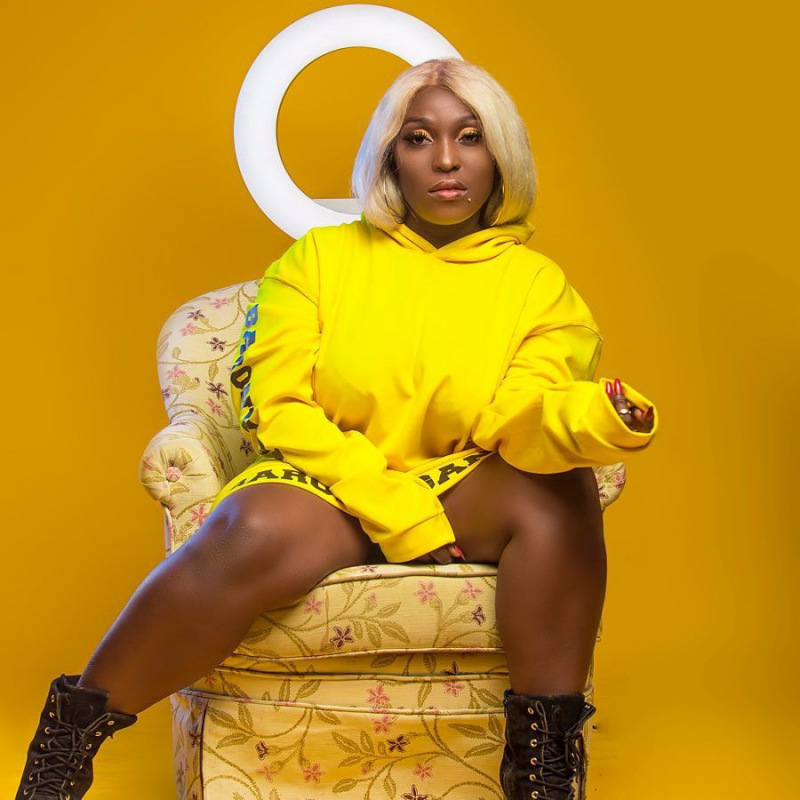 Ghanaian female rapper Ruth Eno Adoja Nyame Adom popularly known by her stage name as Eno Barony says that the best female African Rapper of the year 2020 at Afrikan Muzik Magazine Awards and Music Festival should serve serve as a role model to the rest of the other female rappers.
The Ghanaian rapper faced the competition to win the top rap award in the female category from the following rappers; Nadia Nakai from South Africa, Candy Bleakz of Nigeria, Keko of Uganda, Moonaya from Senegal, Bombshell Grenade from Zambia, Rosa Ree from Tanzania, Muthoni Drummer Queen from Kenya, Rouge from South Africa and Askia from Cameroon.
Eno Barony confessed in her interview with GNA Entertainment that this particular award was the biggest achievement since she began her music career that means the world to her. “It is the greatest so far in my career so yes it means a lot to me. However, I believe this would encourage every female rapper out there to believe that they can also do it,” she said.
The sensational rapper said she always longed to clear the thinking of most Ghanaians that men are better rappers than women. She said her win as the best female rap should tell the world that women are equally good as men in rap music.
“I always wanted Ghana to know that when it comes to rap, we the women are as good as the men, and I believe it’s clear now. This time around it is a woman selling Ghana to the world with the rap,” she noted.
Eno Barony thanked her fans for the support offered and urged them to keep doing the same. She later added that soon she will be releasing her second album titled ‘Ladies First’.