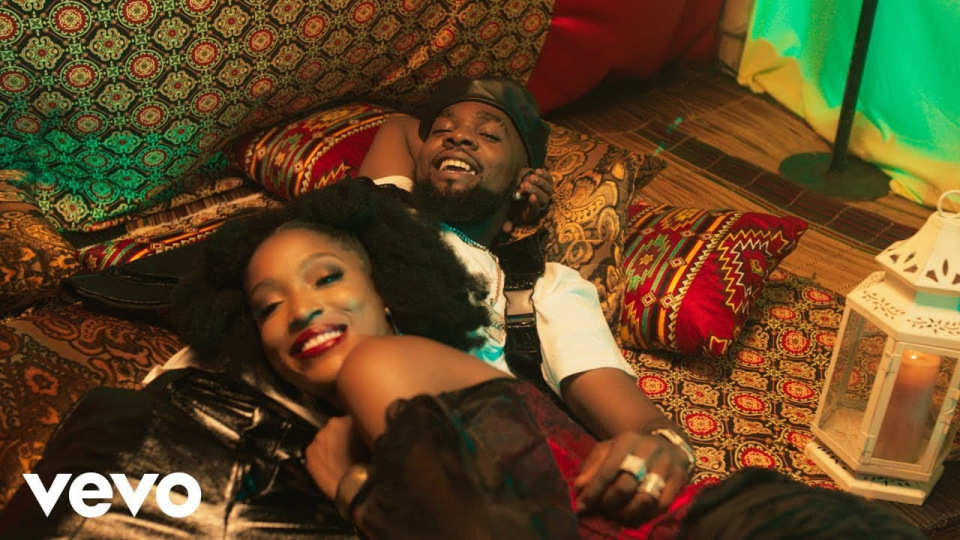 The new visuals is for the buzzing hit single 'Yo Body', a dancehall tune that has been among the outstanding tracks off the project released towards the end of August.

In the new video directed by Dammy Twitch, Patoranking brings out 'the summer we didn't have'.

The video is top quality, full of beautiful ladies dancing along to the party beats in the 'Yo Body' track.

There is also an appearance for several top Naija musicians among then Afrobeats star Davido, Zanku master Zlatan Ibile and DMW singer Peruzzi in the video that premiered on November 5.

It is performing well so far with over 130k views recorded on YouTube within the first 6 hours of premier.

'Yo Body' is the second official music video that Patoranking has released off his 'Three' album.

He has already dropped visuals for the album's lead single 'Abule' which has garnered over 8.3 million YouTube views in within two months of release.

Patoranking released the 12-track 'Three' album on August 28 where he features fellow countryman Flavor in the first song titled 'Man Bebe' and Tiwa Savage in the seventh track 'Matter'.

He also teams up with fast rising Ghanaian singer King Promise in the 10th song 'Odo Bra' and Kenyan Boy Band Sauti Sol for the track titled 'Whine It'.