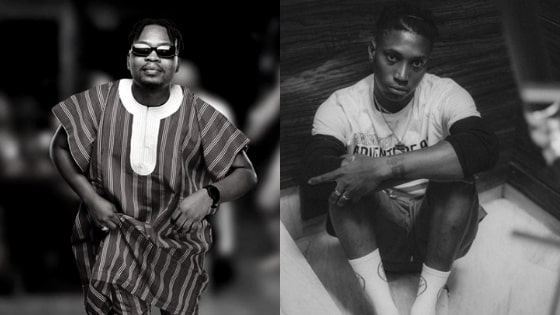 Olamide features fast rising star Bella Shmurda in the song that generally talks about the rapper's lifestyle and how he has managed to make it to being rich and famous despite the many struggles he has been through.

Bella Shmurda equally sings about his rough background which has contributed to his current conservative lifestyle.

The 'Triumphant' video starts with a boy stuck in a deep big hole in what looks like a desert. The boy struggles his way out of the hole - a clear story of Olamide's hustle days.

The emotion-filled video also has several past clips of Olamide's life and at some time the multiple award-winning rapper reflects on how he turned to drugs in an attempt to deal with pain as well as how he lost his parents when he was about to get a breakthrough.

The 'Triumphant' video has already managed over 98k views on YouTube within the first 12 hours of premier.

This is the third video that Olamide has released off the 'Carpe Diem' album that dropped early in October.

Olamide has already released 'Eru' and 'Greenlight' visuals, both of which have performed well.

'Carpe Diem' is a Latin phrase used by the Roman poet Horace to express the idea that one should enjoy life while he/she can - a message that dominates this project which is Olamide's 11th studio album in his career.