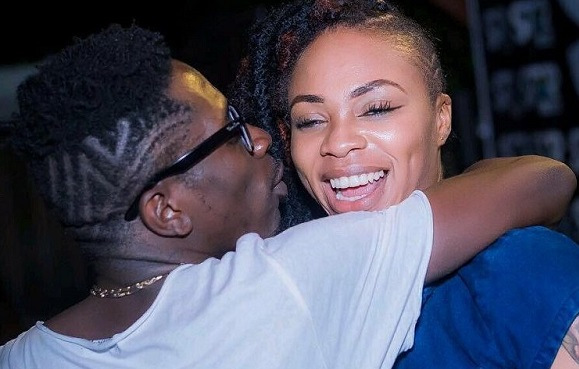 Award winning Ghanaian Dancehall artiste and self-proclaimed dancehall king, Shatta Wale has explained why her ex-girlfriend Shatta Michy was missing at his recent birthday bash at his plush residence in East Legon.

Speaking on a wide range of issues during an interview with Sammy Flex on Zylofon 102.1 FM's showbiz agenda, Ghana’s ‘dancehall king’ Shatta Wale staed emphatically that his baby mama was invited.

However, when asked by the host why Michy wasn’t present at his birthday party dubbed “Shattabration” a few weeks ago, Wale stated that Michy had to attend to other things which involved his son Majesty hence her absence.

Meanwhile, other reports suggest that Shatta Wale’s assertion made during the interview contradicts what Michy said when a fan asked why she was absent at Shatta’s birthday party.