Rwanda’s Ikinimba Dance: Here’s All You Need to Know 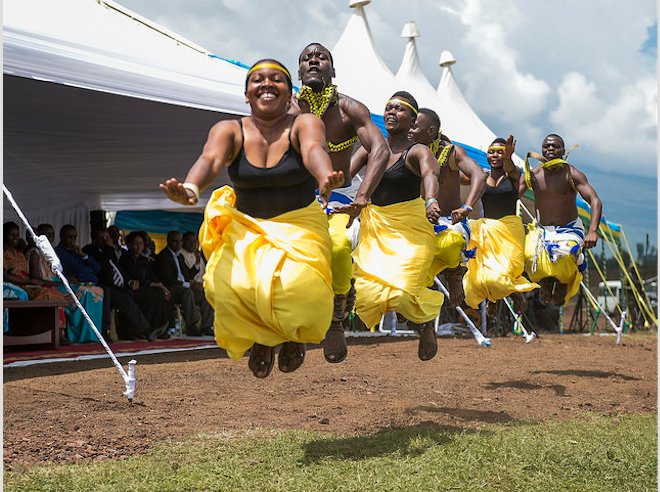 When you think of the scintillating scenes in Rwanda’s traditional dance; Ikinimba is the first thing that comes to mind.

Ikinimba has defied odds to stand out as Rwanda’s most respected musical traditional which has been used over the years to disseminate tales of the country’s heroes and kings.

Ikinimba is a traditional dance whose music is accompanied by the sounds of ancient instruments such as inanga, umuduri, ikembe and ingoma.

In the far north of the country where Ikinimba was incepted, the dance steps are inherently acquired by generations in celebration of communal favours such as great harvests and also by cattle farmers.

In Northwest Rwanda, Ikinimba’s significance is a show of strength and stamina. The people here living close to the Virunga Mountains, almost regarded as a holy place in Rwanda’s history known how to go down on the dance.

In terms of its choreography, Ikinimba comes out with powerful moves and ground-trembling steps to marks its authority and determination, perhaps alluding to the zeal that people in the northwest, a highly mountainous area hold in life.

Historians cite that Ikinimba and other dances in Rwanda are a platform for expression which is a unique tradition compared to other African countries.