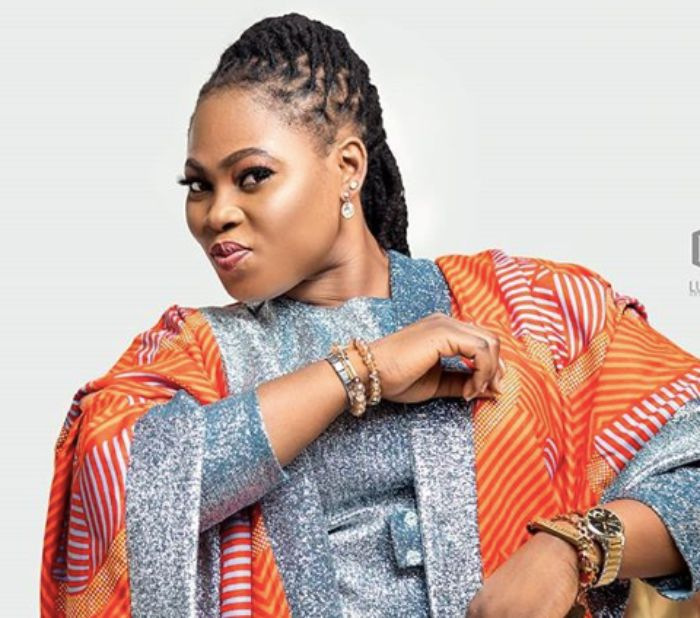 A former publicist of Joyce Blessings, Julie Jay is not pleased with the gospel musician’s decision on some allegations against her and afterwards cautioned her former artiste to refrain from the act.
In an interview with Julie jay on entertainment review show ‘bloggers ’forum’ passionately denied she has been filing copyright claims against Joyce blessing to frustrate the singer in her quest.
“I’m not involved in anything she’s said about me and she knows it,” said Julie. “I’m not a bad person. When she didn’t have money, I worked for her as a sister so she should stop painting me black.”
After working with Julie for three years, Joyce called it a quit and accused Julie for using her arsenals to fight her. The musician alleged that her contents on some online video sharing platforms had been flagged, insisting she had proofed the move was taken after her former publicist filed complaints.
Angered with the developments, Joyce unleashed curses on Julie.
“Juliana Ntiamoah, that is your name… you’ll suffer. It will affect your entire generation. I have done you no wrong, whatever you asked for has been paid to you. This curse will manifest heavily on your life because I have done you no wrong, yet you want to cause me pain…" she said in the audio.
Julie Jay said she not guilty even after admitting to have filed a complaint once o Instagram. She said it was an act of vengeance. Julie claims to have financed an event for Joyce Blessing during their working period where a video was filmed and uploaded on her platform which was later flagged after their differences.
“She lacks a little bit of knowledge about the digital space. She is rather the one striking my content on YouTube. The content I took from an event we all organized, I generated 80% income for that event… She has not taken these videos on other platforms down so why take mine down?” she asked.

“After that, she posted the same content I created on her Instagram page so I also filed a copyright report to Instagram and Instagram took it down. And before Instagram will delete your content, they will ask for proof. I’ve not been striking her on YouTube; she’s the one who has been striking me,” Julie added
Julie went ahead and denied having been paid by Joyce Blessing. “She owes me. She borrowed from me and has not paid,” Jullie said but refused to say the amount. “She took money from me to do something in February after divorce. When I asked her to pay me some months back, she told me she was not going to pay so she shouldn’t say she has given me everything I want when she knows she owes me.”