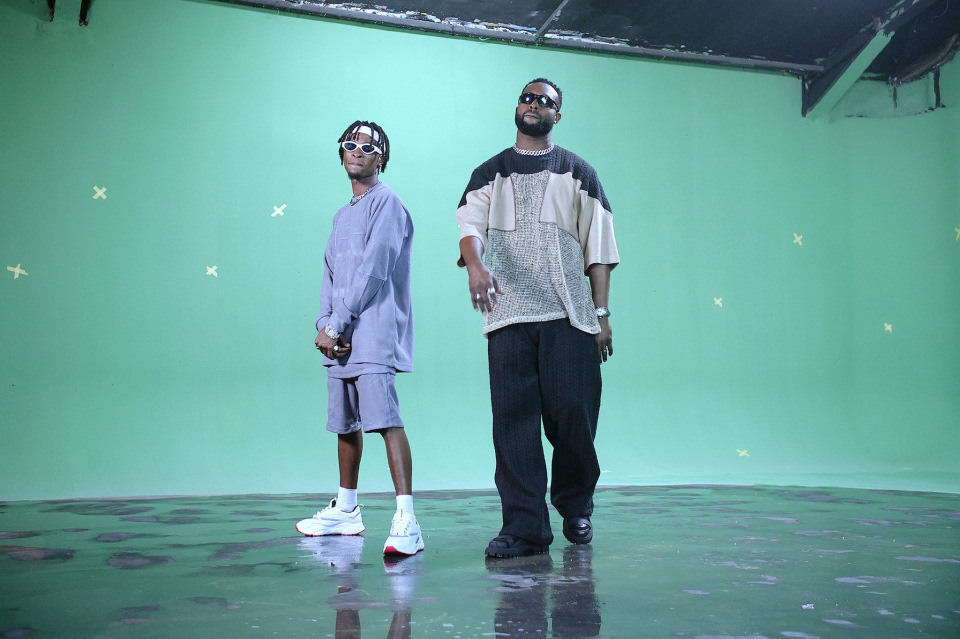 Nigerian disc jockey and record producer Imohiosen Patrick, professionally known as DJ Neptune has announced that he will be dropping a new project this week.

In a post on his official Twitter handle, DJ Neptune said the new project, a remix for his buzzing hit song 'Nobody' will be officially released on October 30.

The original 'Nobody' song featuring emPawa Africa boss Mr Eazi and fast-rising Joeboy has been a hit since it was released earlier this year, topping several charts with its official video released in March 2020 having been watched over 20 million times.

'Nobody' has also been nominated for the Collaboration of the Year category in the 2020 All African Muzik Awards (AFRIMMA).

While sharing news about the upcoming 'Nobody' remix titled 'Icons' (Nobody Icon Remix), DJ Neptune posted several photos in which he is with the Big Brother Naija Season 5 winner Laycon.

He also tagged Laycon in the tweet, an indication that the remix will feature the TV personality who is also a rapper, singer and songwriter.

With the happenings in Nigerian over the #EndSARS protests and the Lekki shootings, DJ Neptune also asked his fans to continue praying for Nigeria. 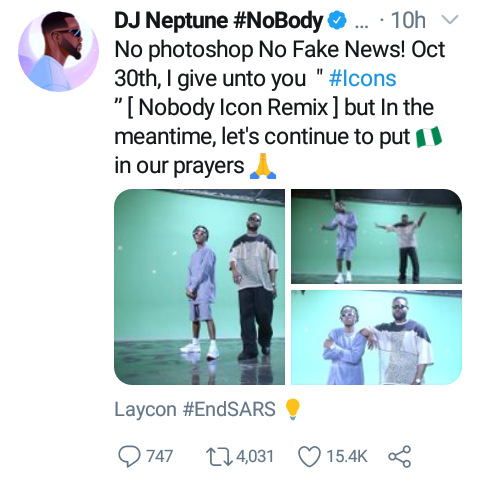 "No photoshop No Fake News! Oct 30th, I give unto you " #Icons ” [ Nobody Icon Remix ] but In the meantime, let's continue to put Nigeria in our prayers," he tweeted.