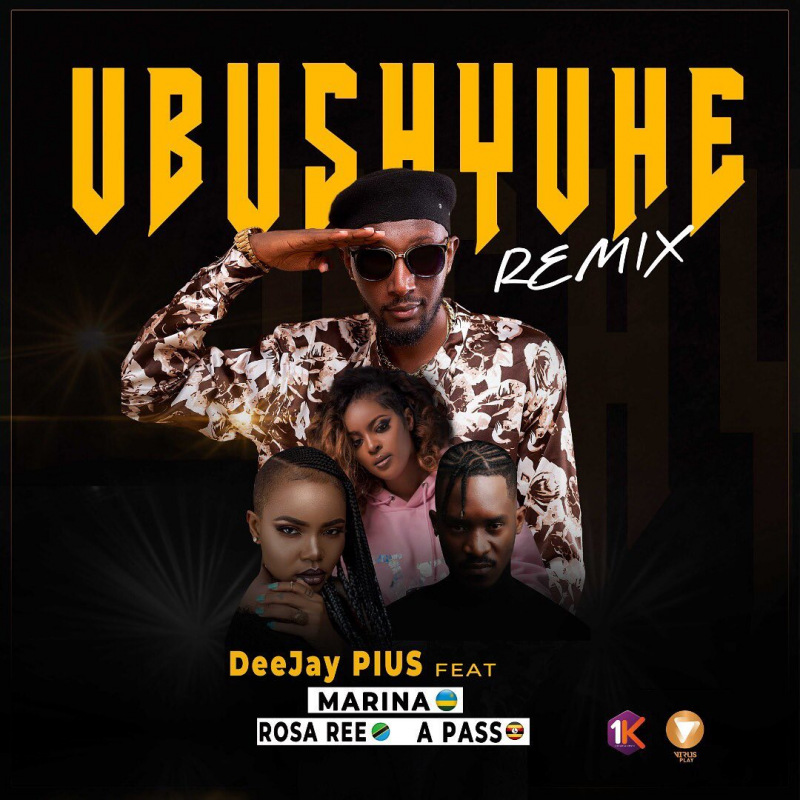 Popular Rwandan Deejay Pius has dropped a remix of his ‘Ubushyube’ song featuring Marina Deborah, A Pass together and Tanzanian rapper Rosa Ree.

‘Ubushyube’ ( loosely translated from Rwandese to mean ‘Heat’) is a party song with a fusion of Afro Beat, Dancehall and R&B and the trio does not disappoint with their amazing lyrics.

The song was released over the weekend and its gaining tremendous traction on the airwaves.

The audio was produced by Rwandese popular producer MadeBeats who brought the party back to life with the heavy dance-able beats.

The music video was shot and directed by a combined force of two amazing video directors; Uganda's Sasha Vybz and Rwandese Girishya Serge.

The original version of the song dropped in July 2020 and featured Bruce Melodie.

The move by DeeJay Pius to include some of East Africa's finest stars in remix is meant to popularize his brand and increase his fan base outside Rwanda.

“A number of artistes had requested for a remix of the song so I sent out an instrumental to random artistes, and those three turned out to be best with their input,” Pius told New Times.