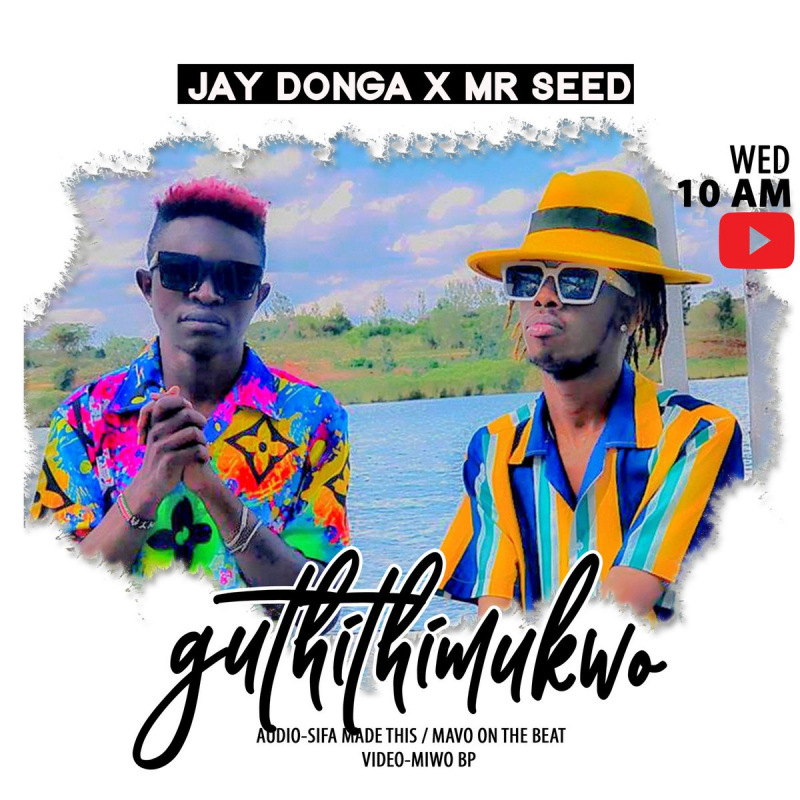 “Guthithimukwo” is a kikuyu phrase which means being overwhelmed with happiness.

In the song it has been used to signify a person overwhelmed by Gods’ good deeds in his/her life.

The two artists combine raping and singing creating a wonderful balance in this new song.

The audio was produced by both Sifa and Mavo on the beat. The visuals were directed by Miwo Bip with the gaffer being Kelvin Yutty.

Overall, the production is done by Zidi Media Studios.

“Guthithimukwo” release day coincided with Mr. Seeds’ birthday, which perfectly fits the theme of the song.

Seed took to social media thanking God for another year. “Happy Birthday Mr. Seed. Thank you God for I have seen another year, I am grateful, “he posted.

The “Guthithimukwo” video which is uploaded on Jay Donga KE official YouTube page is doing well and has already gotten hundreds of views in the first few hours.

Meanwhile, 2020 has been a great year for Mr Seed as he has been able to drop several top singles and featured on a number of strategic collabos.