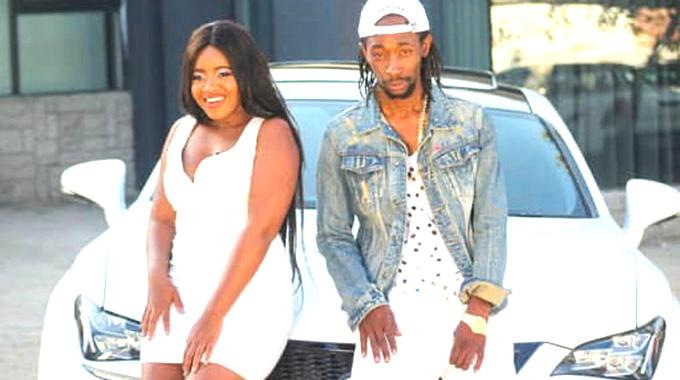 Poptain’s rocking single ‘Fadza Mutengi’ has been a big hit since its release two months ago.

The jam featured Allanah; a gorgeous beauty who rocked the song with her sultry voice. Her vocals are out of this world.

Allanah, a Christian worship leader at Labour of Love church said there was no plan for her to do the background vocals on Poptain’s Fadza Mutengi hit until they met in the studio.

Allanah and Poptain met at Cymplex Studio in Waterfalls where they had different projects.

This is where they held a brief chat and she listened to the song before agreeing to feature as a background vocalist.

Currently, this hit is 95,000 shy of getting a million views on YouTube, in just two months after its release.

Allanah started her music career in 2014 when she released her first song “Give Glory”. In 2018, she was signed by Raw Music through Papa Lodza. While at Raw music, she made a name for herself in doing great cover songs.

She then graduated and recorded her singles among them ‘Mude Mude’ and ‘Mboko Last’.

The video is a modern shot of what a 21st century riddim song should look and feel like.