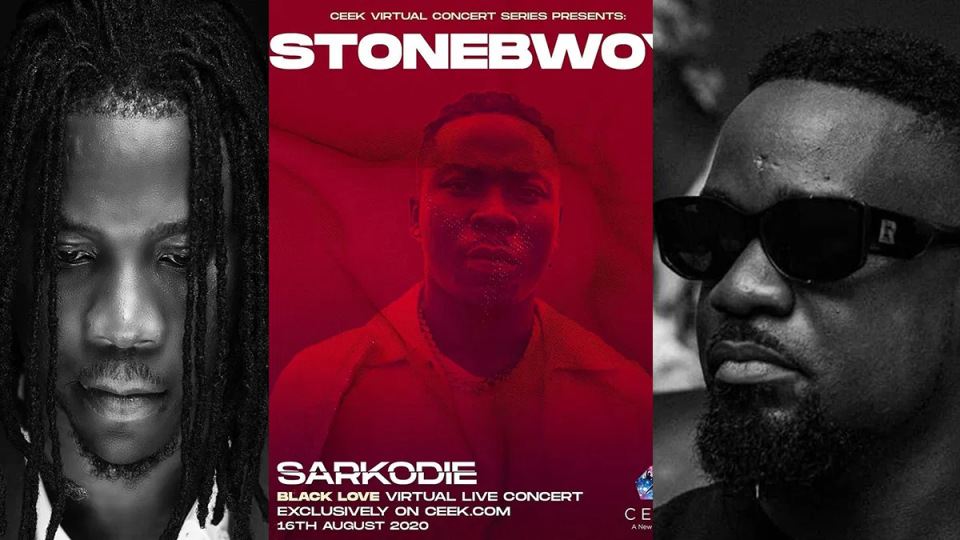 After a long period of silence and leaving everything in the hands of his number one fan, Aisha Modi, Stonebwoy has spoken up for the first time after Sarkodie addressed his altercation with Angel Town during his Black Love Concert.

Following the issues that sprang up from Sarkodie’s pre-recorded iconic event, the Sarkcess Music CEO came out with an audio addressing all that happened.

However, in a latest virtual interview, Stonebwoy fumed on how he felt disrespected like a little boy when Sarkodie made the issue look bigger than it was by reporting it to the Ghana Police.

The 'Putuu' hitmaker emphasized that he actually executed other positive gestures which were not mentioned when issue came into the spotlight like apologizing right there and then at the event recording grounds and intentionally waiting for extra hours for his time of performance.

“I said Angel ease up, if it is that you said my hand hit your eye, or I slapped you knowingly, forgive cos that’s not the intention. That makes it 6 hours of waiting and not performing. And then you come out now and swept off of me when it was your show that I came to do and then you went on and reported it to the police.

This has been the first time Stonebwoy is publicly speaking about this issue that took over social media for days.