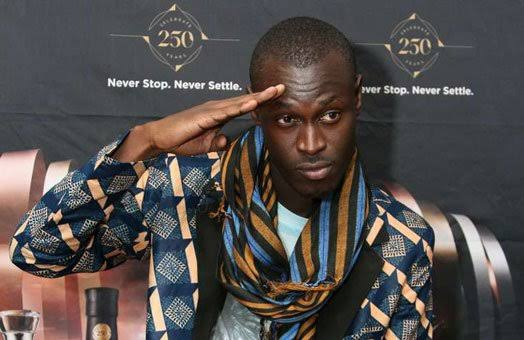 ‘Big Up’ is a feel good song where King Kaka and Pascal appreciate those who’ve stood by them in good and bad times.

In the new release, King Kaka also appreciates pioneers who paved way for the new generation of Kenyan artists, adding that without them, they probably wouldn’t have been where they are now.

“Nameless big Up, Octo big Up… Khali big Up, Chiwawa big up… Nana vile umenihold down big up, my mum big up, JR Big up… Matha Big Up, Celine Big Up, Kaka…to everybody I say big up, mafans asante kwa kuchange life yetu, na kama nimekusahau big up,” the duo sang in part.

On YouTube, the ‘Big up’ video is doing really well with over 2,000 views in one hour.

‘Big Up’ is off Pascal Tokodi and King Kaka’s upcoming album. So far, the two have dropped four songs off the album namely; You, Nakulove, Fly and Big Up.

The album is expected to be entirely made up  of collabos between the two only. King Kaka and Pascal are yet to share a name or release date for the album.