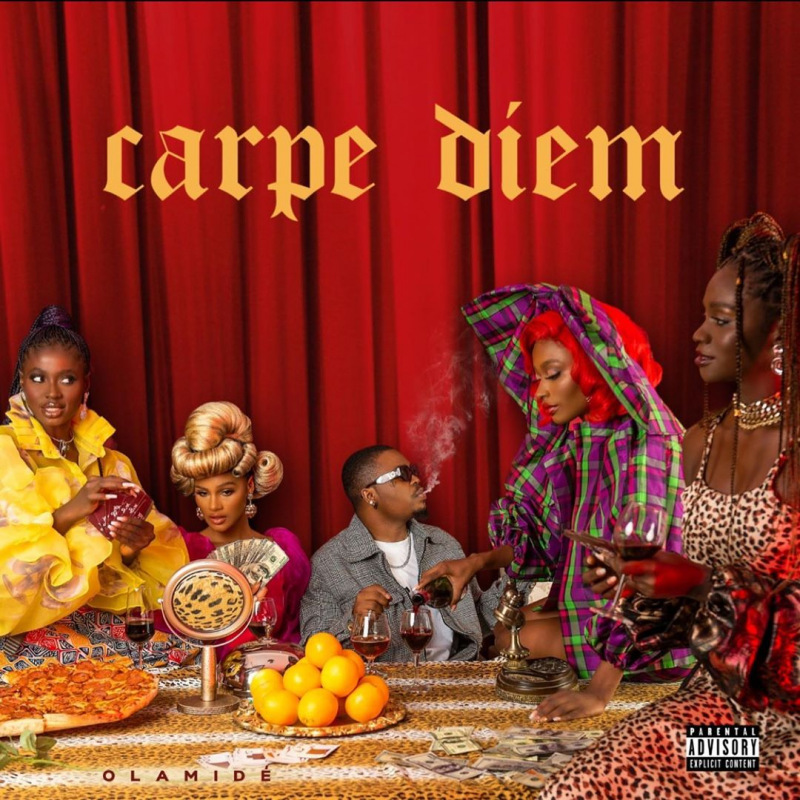 The album that houses 12 tracks was dropped on October 8 and is now available on all digital platforms.

In 'Carpe Diem' - a Latin phrase used by the Roman poet Horace to express the idea that one should enjoy life while one can, Olamide features 6 artists who have different abilities, giving the album diversity.

'Carpe Diem' contains previously released tracks 'Eru' and 'Green Light', all of which already have official music videos that are performing well.

Each track in the album carries its unique message and genre - from Afrobeats, Afropop, Rap and Rhythm and Blues (R&B).

Olamide who records in Yoruba, and English has been consistent all through his music career, dropping at least one project annually since 2011 when he released his debut studio album 'Rapsodi' while signed to Coded Tunes.

His most recent album was titled '999' released in January this year.