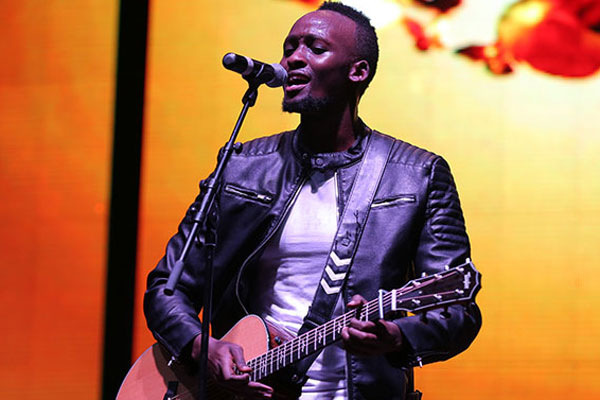 Rwandan RnB sensation Meddy once based in the US is a classic example of how talent pushes you to limits you never thought you would get to in life.

He returned to his motherland in 2017 after a seven-year absence but this never stopped him from producing resounding music.

Like many other successful artistes, Meddy’s musical success is partly due to well picked strategic collaborations with musician from across the East African region.

Some of his top collaborations are with renowned Kenyan artistes including Willy Paul and Otile Brown.

This article reviews some of the top collabos that’ve earned Meddy massive love in Kenya:

Shortly after being released, ‘Dusuma’ went viral and had Kenyan girls go gaga. On YouTube, it has over 10 million views in three months. ‘Dusuma’ features as the second video in Kenyan RnB star Otile Brown’s debut album titled ‘Just in Love’. The video was done with the finesse of high degree while Meddy’s voice synced with that of Otile Brown. These two indisputably rule the RnB world in Kenya and Rwanda.

Last year, Meddy teamed up with Kenyan artiste Willy Paul who has a reputation for fine hits. Together, they ruffled the entertainment scene with a heartrending hit titled ‘Uuh Mama’. Both Meddy and Willy Paul are award-winning artistes and are immensely talented when it comes to writing love songs. On this one, they did not disappoint at all. Meddy’s mastery of Swahili made it even better and smoother. The song has over 900,000 views on YouTube.

We Don’t Care ft Rayvanny and Rj The Dj

In the Rwanda’s music history, ‘We Don’t Care’ is a masterpiece by every way, shape and form. Released in late August 2020, the song has hit 1.6 million views on YouTube, a sign of love from his fans. It is off RJ’s latest album dubbed ‘Changes’. Teaming up with Rayvanny and Romy Jones has made Meddy more popular in Tanzania. When the song was released on August 21, Rwandans described Meddy as the country’s Chris Brown.