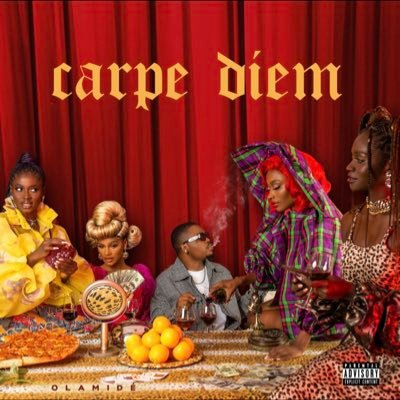 In a post on his Instagram account, Olamide who records in Yoruba, and English shared the album's full tracklist revealing that he will be featuring several top artists among them Bella Shmurda, Omah Lay, Phyno, Peruzzi, Bad Boy Timz, and his signee at YBNL Fireboy DML.

'Carpe Diem' is a 12-track album which according to Olamide's post on Instagram, it will be dropping on October 8.

"Oct 8 #CarpeDiem," he posted while sharing the album tracklist. 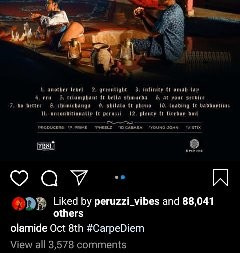 Producers for the album which is the 11th in Olamide's career include: Young Jonn, VSTIX, ID Cabasa, P Prime and Pheelz.

And ahead of the album release, Olamide has dropped a new single dubbed 'Greenlight' produced by P.Prime.

The new song is a fusion of Afro and Rap delivered perfectly in a mid-paced sound.

'Greenlight' is basically a love song in which Olamide sings of how he wants to get hold of this lady he has fallen in love with.