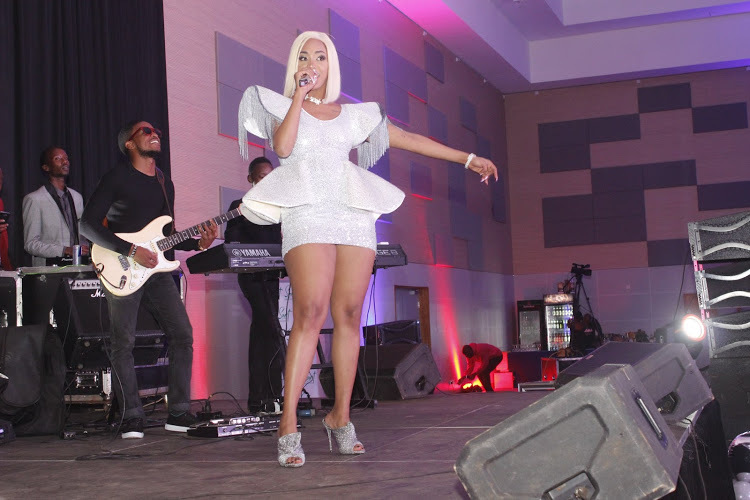 The concert organized by Mombasa Governor Hassan Joho was aimed at celebrating the World Tourism Day.

It was the first mega concert in Kenya since the lock down in March that led to a ban on public gatherings.

The concert also featured a number of top artistes including; Khaligraph Jones, King Kaka, Masauti Susumila among others.

Taking to stage, Tanasha performed her hit songs and received a warm reception from the fans.

In an Instagram post after the show, Tanasha noted that it was her first big concert and she was tensed, but managed to pull off an amazing performance.

“First time ever big stage performance.... Performed for a smaller audience but never this big.... Alhamdulillah... Was nervous, but the Mombasa love was amazing!!! & What I said about Mombasa, I meant it!!!! Nawapenda tena sana. 001 for life!” she posted.

Meanwhile, the fast-rising artiste has a new song dubbed ‘Na Wewe’ that was released over the weekend.

As the name suggests, ‘Na Wewe’ is a romantic song explain why she wants to be with her lover.