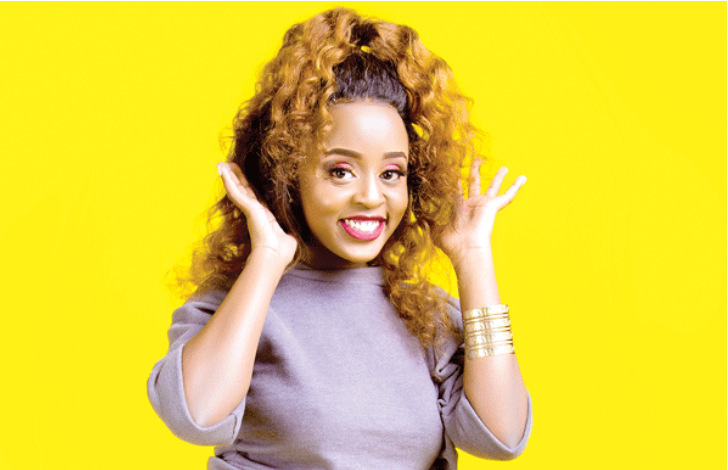 The EP is an all collaboration project and features a number of top East African artists including; Khaligraph, Fena Gitu, Sanaipei Tande, DJ Joe Mfalme, Maua Sama, Orezi and  Marioo.

The EP is currently exclusive to Boomplay.

Judging by the producers and artists featured, the EP is one of the new releases you should listen to this week. 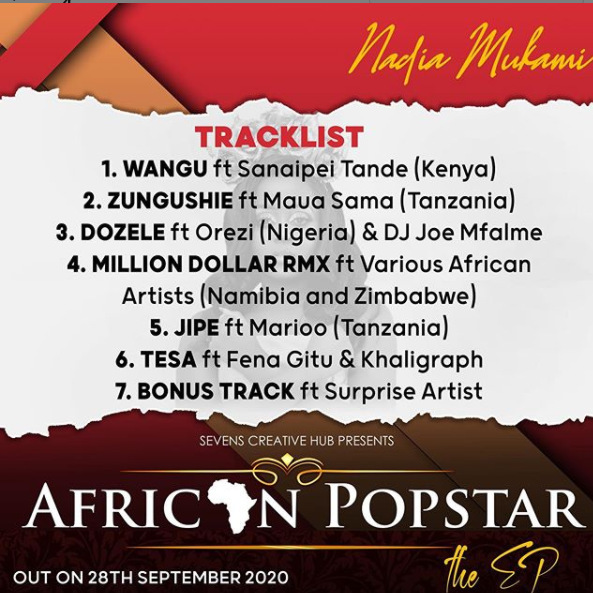 “African PopStar is an EP that aims at embracing the pop culture no matter where you are from it doesn’t limit! The pop culture is for everybody! My mini Album that is African PopStar the EP is officially out exclusively on @boomplaymusicke Stream! Stream and share!” Nadia posted on Instagram.

Meanwhile, 2020 has been an amazing year for Nadia with her music doing well on digital platforms. Her great music seems to have captured the attention of the global audience earning her an AFRIMMA nomination.

She has been nominated for the Best Female Artiste of the Year alongside Fena Gitu, Akothee, Tanasha Donna, Nandy, Zuchu, Maua Sama, Rosa Ree, Sheebah and Vinka.

“Woyooooooooo… Dreams do come true I have been nominated at the @afrimma awards!! Thank you so much @afrimma  The brand is really growing! You have seen me grow from zero to now here Now #TeamNadia let’s Vote I am loving the inclusion of Kenyan artists this time,” she posted.