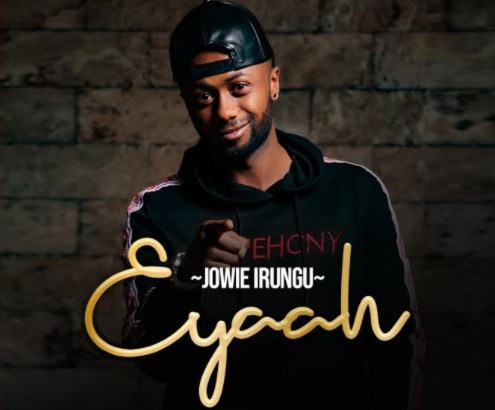 The sweet sound is an inspirational to all age groups as Jowie encourages parents that no matter what happens, they should remain strong as the destiny of their children is in God’s hands.

He expresses his inspiration during his childhood relationship with his parents. The true story is captured in a well scripted and directed video.

Born and bred in Nakuru, Kenya, Jowie is the last born in a close knit family of four siblings. He previously served in the armed forces a side of his life many people do not know about.

Growing up, Jowie was a curious child and was never afraid to experiment on his creative side. He cites his involvement in school activities such as drama and music festivals as an inspiration to his growing passion for music.

Jowie knew exactly how good music sounded like. This led him to later become a music coach at Agape Church, Nakuru where he also played a number of musical instruments such as the bass guitar and the drums.

His passion in music and flexible talents in the same was his guide to the choice of records he plans to work on. Jowie does not believe in limits which explains why he leans toward conscious and inspirational music and style of singing. He doubles up as a song writer. In his free time, Jowie enjoys watching movies and listening to music.

Jowie believes that working under Safri Records where he joins the like of Dar Mjomba, Vixy Chosen, Jaki Maya, Zawadi Vanilla among other amazing young and talented artists will propel him to greater heights in his career.

He looks forward to working with amazing artists on projects he believes will inspire many people. So far, he has over 20 songs he plans to release as time progresses.