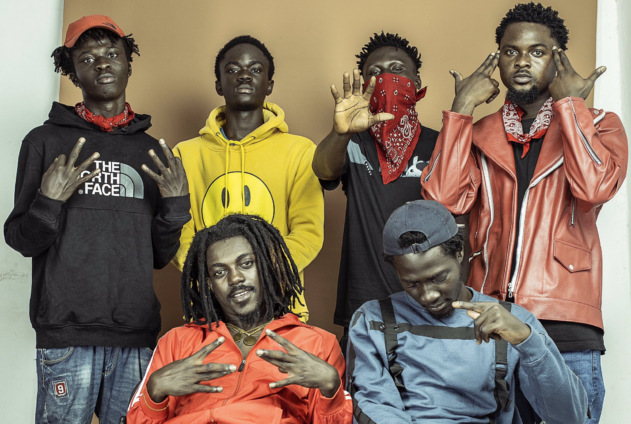 After trending on social media for several weeks after their coined term "Kumerica" became a huge success, a group of youngsters from the Ashanti Region have teamed up to release a new song they call ‘Sore.’

The boys, Yaw Tog, O’Kenneth, City Boy, Reggie and JayBahd are riding on the Kumerican wave to let listeners in on their lives in Santasi, a suburb of Kumasi.

The boys set a new trend on social media in the past weeks with an uncoventiaonal genere of music. This unconventional type of composition involves the adaptation of the hard-hitting hip-hop sound delivered over a blend of twi and english language.

The artistes also mimic mannerisms that are typical of the American urban gangster rap, a development that has been criticised by a section of Ghanaian music enthusiasts as somewhat unoriginal and begs for authenticity.

Nonetheless, many people say they are happy to see fresh and great talents unearth from the Kumerica.

Since its release on September 18, the song has received applause from many Ghanaian music lovers. ‘Sore’ has about 115,540 views on YouTube so far.