Alyn Sano Opens Up on Her Music Inspiration, Songwriting and Role Models 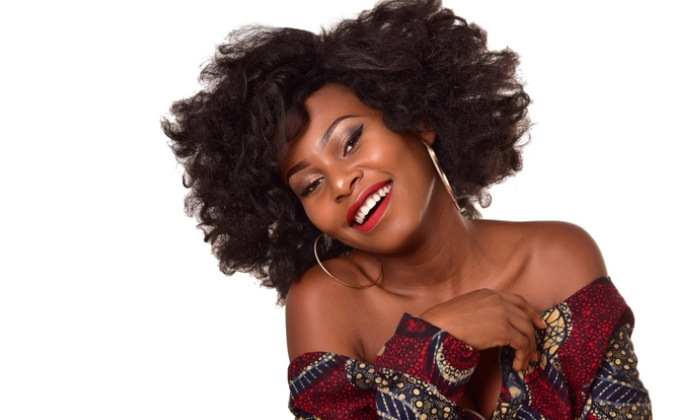 Rwandese songstress Alyn Sano is a no match when it comes to musical matters, dope dance moves included.

The sassy Afro-pop singer never disappoints, thanks to a group of people who spotted her talent back in the day when she sang in a church choir knowing not that the future held more for her in the entertainment industry.

In an exclusive interview with Mdundo, Sano avers that her musical career that began in 2011 is courtesy of these people who saw her conquer the music industry while she couldn’t.

“My greatest inspiration was the talent that people told me they saw in me. Back then I was singing in a church choir,” she said.

Being in the industry for close to a decade, Sano has defined her Afro-pop music with her sultry, melodic and powerful voice which gets better with every new hit she drops.

Not one to shy away from taking a compliment, Sano quips that her voice is a product of listening to a variety of songs which have helped in tuning her voice. Sano maintains that her success in the last nine years she’s been in the music industry is in sync with her hardworking nature and ambition which are her mantra.

Lifting the lid on her inspirational lyrics, Sano attributes this to her art of walking in the shoes of a listener and determining if the lines indeed resonate with the audience well.

“I first think of the subject or the message that I need to display in my song and the feeling that I want listeners to have while listening or watching it. Then, I go to the studio, the producer gives me the beat then we kick off. Also, sometimes I approach professional songwriters in order for my songs to sound more genuine and real,” the ‘Perimana’ hitmaker opined.

Who does she look up to musically, one would ask and the answer is that when growing up, Sano developed an affinity for music by Whitney Houston, Yvonne Chaka Chaka and Angelique Kidjo.

“…I didn’t know why I was listening to them until I became a musician and realized that they are my role models,” she says.