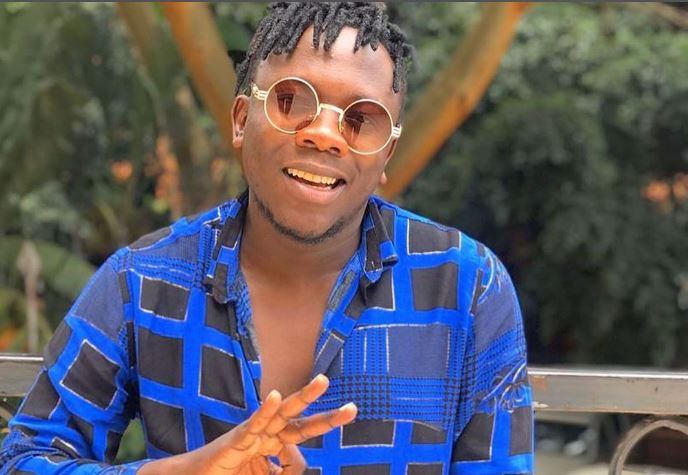 Ugandan vocalist Geosteady has bounced back with a new jam dubbed 'Nguwe Ani'.

The Blackman records boss is one of the very few lucky Ugandan artistes who had access to studios during the lock down period and as such were able to make music.

In 'Nguwe Ani' (loosely translated from Luganda to ‘Who should I Give it to'), Geosteady tells a tale of a relationship gone sour.

He narrates how he is fed up being in love as he is not appreciated. He keeps on wondering how his partner keeps on exposing their private life before the media.

This is a real life experience as Geosteady and his wife Prima trended the past couple of weeks after they publicly aired their personally issues online.

Prima moved out of their home with their children. On several occasions, Geosteady has posted on social media how he misses his family.

The audio was produced by Shaq from The House Records. Fans are eagerly waiting for the video to see how Geostaeady visualizes the entire story.

Before releasing ‘Nguwe ANi’ Geosteady was flying high with ‘Baby Rule’ which he released back in May.

‘Baby Rule’ is the story of a man crying out for love as he begs the woman in his life to rule and take it over.