New Song Loading: 'All The Way' By Lil Kesh 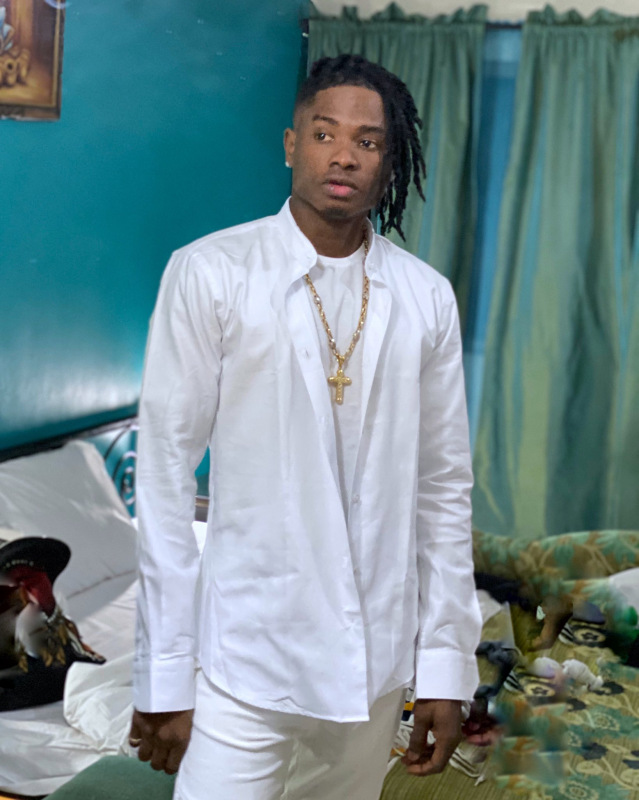 As fans anticipate his upcoming EP, Nigerian singer, rapper and songwriter Lil Kesh has announced that he will be dropping a new song this week.

Lil Kesh who was born and raised in Bariga, a suburb of Lagos State has been teasing his fans about the upcoming EP which he had declared to be ready in June.

And as he gears towards releasing the full project, the 25-year-old artist said a first single off the EP drops this Friday.

In a post on his official Twitter handle, Lil Kesh who rose to fame after releasing the hit single 'Shoki' seemed to suggest that the new song is titled 'All The Way'.

'All The Way' is track number four on the EP.

"I’m back,better and brutal. Track 4 #AllTheWay off Ecstacy drops on the 25th!!!," Lil Kesh tweeted alongside what looked like part of the visuals for the upcoming new song. 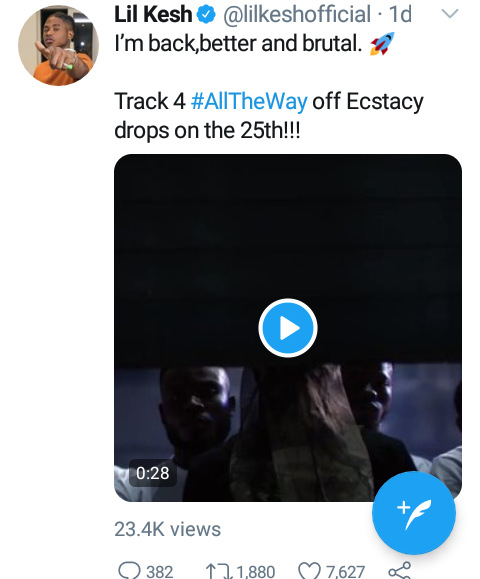 Born Keshinro Ololade, Lil Kesh's career in music began in 2012 when he rapped among his colleagues in Bariga.

He released "Lyrically", a single which became popular at universities in Nigeria.

In 2015, he was nominated for Best New Act at the 2015 Nigeria Entertainment Awards. He also won two awards with his hit single 'Shoki'.