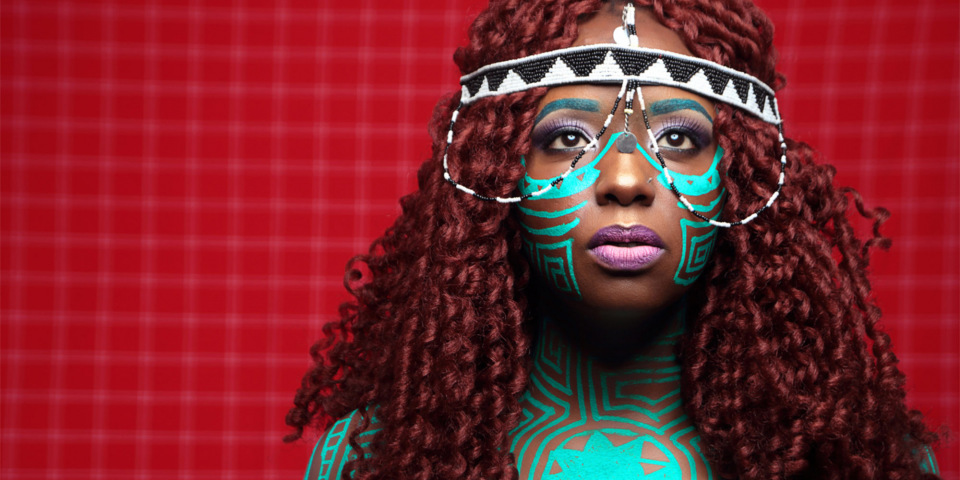 How Old and Where is Muthoni Drummer Queen from?

MDQ as she popularly referred to was born and raised in Nairobi. She was brought up in a middle class home. Growing up, she wanted to be a musician but her parents did not buy the idea. She decided to concentrate on her school work, after which she later joined music when on campus.

Muthoni Drummer Queen ventured fully into music in 2004 during her time at the United States International University (USIU). She started slow but worked hard and perfected her craft over time. Growing up she listened to Michael Jackson and was inspired by his music. According to information on her website (mdqmusic.com, listening to Michael Jackson shaped her music journey, and influenced her to venture into activism.

“We didn’t really have a music system, so I watched music videos  as opposed to listening to records  and so very early on, I intended to be a performer in the way Michael Jackson and Missy Elliot were. I loved the precision, the high-drama, the costumes, the choreography. The works!” she said.

MDQ is a private person. Very little is known about her life away from music. As such, it is not clear whether she is dating or married.

When did she start Blankets and Wine?

MDQ is the founder and creative lead for Blankets & Wine which is a 3 day and night music festival that features African artistes. She founded this festival in 2008, and has so far spread it to Uganda and Rwanda. Her main roles at Blankets and Wine include; artist bookings, brand development, and customer experience. The festival has gained popularity over the years and is currently one of the most popular festivals locally.