Rotimi and Wale Finally Release The 'In My Bed' Official Video 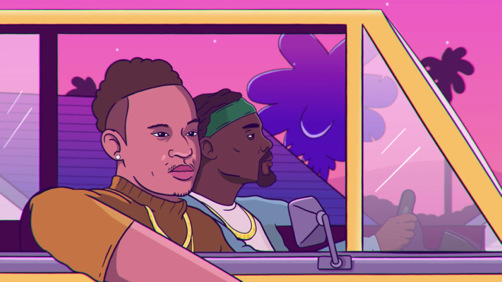 Rotimi and Wale have finally released the ‘In My Bed’ video and it is as steamy and beautiful as we expected it to be. They delayed the release of the video because of the pandemic and even now, they had to shoot the video in different locations; Wale in LA and Rotimi in Atlanta.

‘In My Bed’ is a beautiful single sampled off of the Fugees ‘Ready or Not’; they put it on a faster progression and layered it with a dancehall/afrobeat beat. With this combination, the song maintains quite a sensual feel to it that compliments the lyrics of the song.

As mentioned, Wale shot his verse in LA and Rotimi found a massive mansion in Atlanta to shoot the rest of the song. They both feature beautiful black women as their ladies of interest. In the words of Rotimi and very signature to Wale, the music aims to uplift the magic that is black women.

The waiting of this video was long overdue and we are glad Rotimi and Wale pulled up correct. Catch a feel good vibe with Mr. Buttascotch and Chocolate in the ‘In My Bed’ video.