We Can Swim In Lekki Flood: Yemi Alade Now On A New Skill 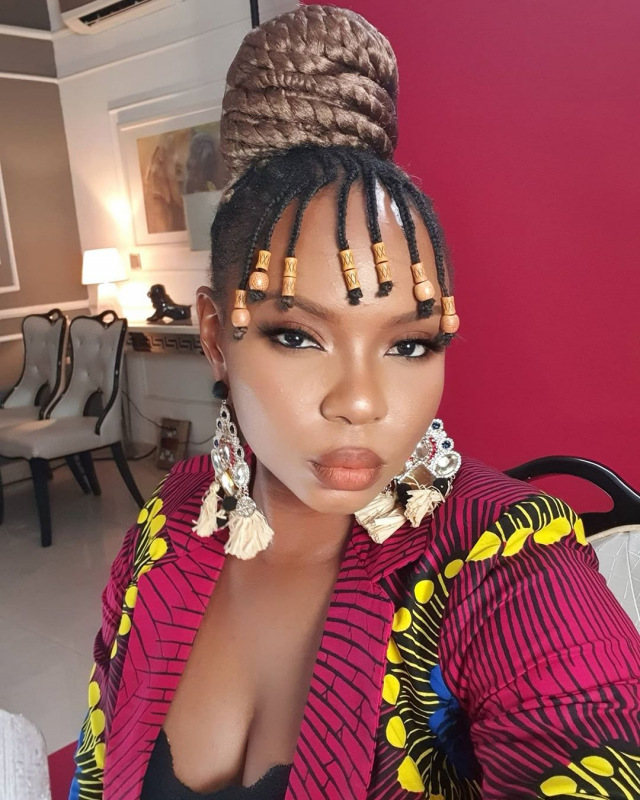 Nigerian afro pop/R&B artiste, song-writer, composer, actress and entertainer Yemi Alade has posted a photo by the pool side seemingly in a fresh spirits to learn how to swim. Sharing on her Instagram handle, born Yemi Alade Eberchi shared a short clip explaining happily of this new endeavor. She posted,
"What Kind Of Fish Am I?
SEE WHO IS LEARNING TO SWIM"
In a later caption after the class, Yemi Alade posted "just A picture Of me Swiming in Lekki flood" 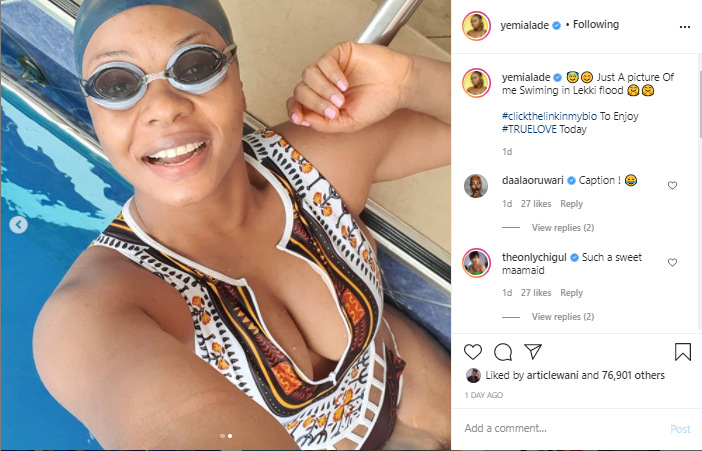 Yemi Alade is popularly referred to as the “ghen ghen babe” and “the Yoruba-Ibo girl” by virtue of her electrifying stage-craft, music, edgy and un-matched style, evolving African style and her bi-tribal descent.

She is the First African Female Afropop artiste to hit over 89 million views on Youtube and VEVO with her Smash hit single JOHNNY, which is now the most viewed video from an African artiste. 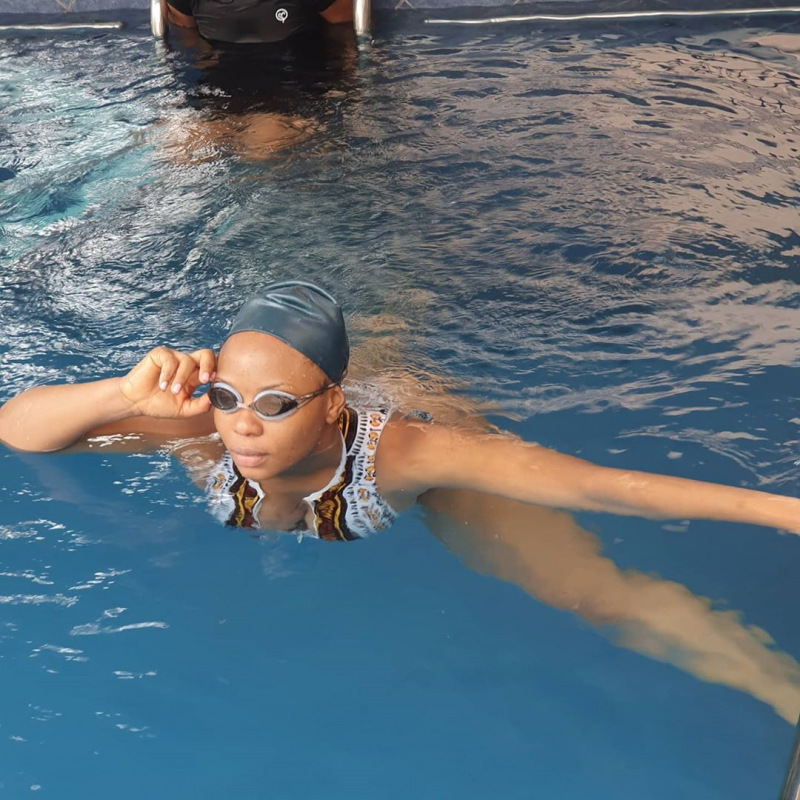 Yemi Alade has recorded three albums: King Of Queens (2014), Mama Africa: The Diary Of An African Woman (2016), and Black Magic (2017). In addition to her Discography she released an EP “Mama Afrique” which featured songs from Mama Africa album in popular African languages like Swahili, Portuguese and French.