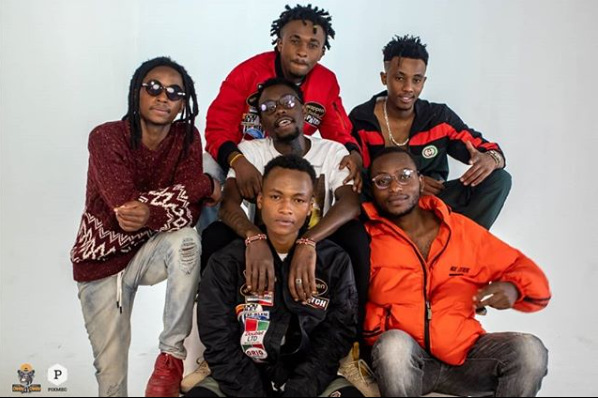 ‘Chepukati’ is an upbeat song that condemns people with negative energy. According to Sailors, the song is a message to people who don't wish you well in life.

Like all their other songs, the production is on point with the group showcasing massive energy and lyrical growth.

Barely a day after it premiered, the video is doing well online with over  on YouTube.

‘Chepukati’ would definitely have been a club banger had it not been that clubs are currently closed in the country due to the corona virus pandemic.

Sailors enjoy massive following in the country especially among the youth and are widely known for creating club bangers.

Their last jam ‘Weekendy’ was well received and currently has over one million views on YouTube.

‘Weekendy’ is a feel good track that reminds us of all the fun, crazy stuff that happens in clubs/parties.

Their major breakthrough came in 2019 after they released ‘Wamlambez’ which wnt viral across the world.