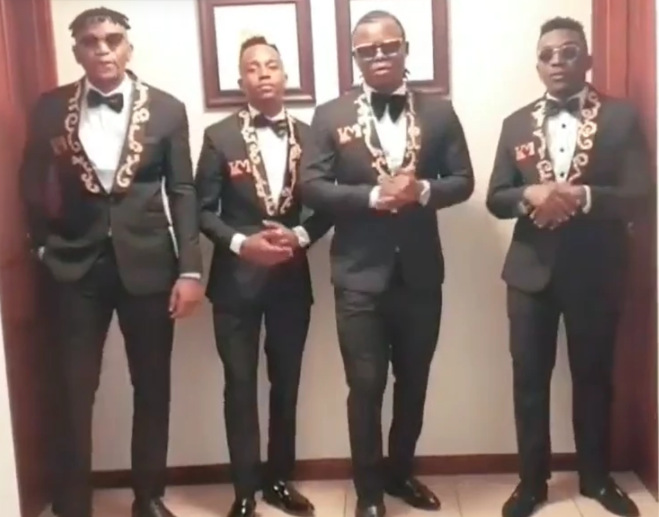 After months of speculation, Konde Worldwide President Harmonize has unveiled Country boy as the new member of the label.

In a star studded event dubbed ‘The Father Night’ Harmonize announced that Country Boy was officially a member of the label and launched an EP by same artiste.

Shortly after his unveiling, Country Boy held his first show at White Stend Hotel performing hits from his new EP dubbed ‘The Father’.

The EP has 7 songs featuring a number of artistes including Harmonize.

Country Boy is the latest addition to the Konde Family which now has a total of six artistes namely; Harmonize, Ibraah, Skales, Killy and Cheed.

The move to join the label is a plus for the artistes as it will help them rebrand and rebuild their music career.

At the moment, Wasafi Classic under Diamond’s leadership is top label in Tanzania, closely followed by Konde and Kings Music.