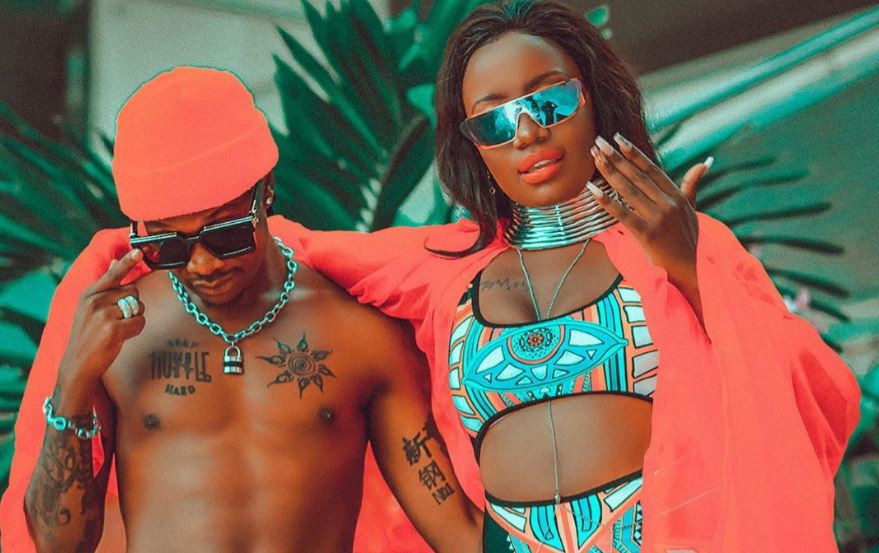 Lydia Jazmine and Fik Fameica have finally dropped the much-awaited visuals for their collaboration titled 'Binji' after teasing fans for days.

Over the past few weeks, the duo set tongues wagging with their close relationship, with fans insinuating that they were more than just friends.

It turned out they have been working on a music project which they have now released, bringing an end to the speculations.

The new video is inspired by popular Spanish series 'Money Heist' with the pair acting as a gangster couple on a massive heist.

It was shot and directed by award winning videographer Sasha Vybz, who is known for his commendable work.

Listening to the new release, we get to appreciate the fact the two are immensely talented vocally and lyrically justifying the huge following they have in Uganda.

In the video, their chemistry is unmatched and their energy is just on another level. By watching the video, you will understand why some people thought the two were dating.

On YouTube, the video is doing relatively well with over 10,000 views in under one day, an indication that it is set to be a massive tune in the coming days.

It is quite unfortunate that concerts and clubs are not opened in Uganda as this could be a club banger.