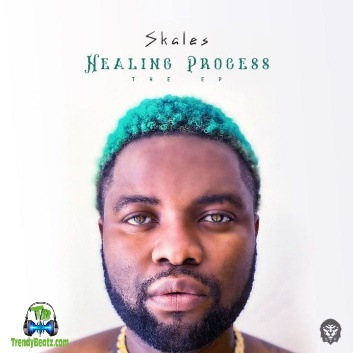 Nigerian rapper, singer, and songwriter, Raoul John Njeng-Njeng better known by his stage name Skales - acronym for Seek Knowledge Acquire Large Entrepreneurial Skills has officially announced the premiere of his debut visuals from the album The Healing Process EP of his amazinG song God Is Good.
In an interview with Victor Okpala, the CEO of Nabsolute media to discuss the convalescent themes on which this EP, Skales mentioned that 'God Is Good' is a show of appreciation to God. 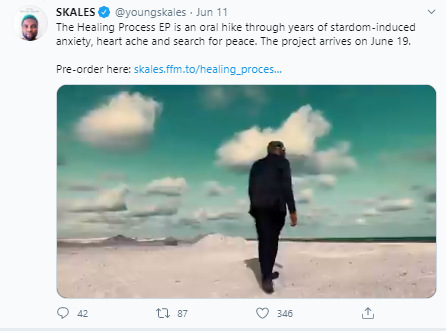 In that chat with Victor Okpala, Skales says he wrote it about a friend who went through a tough time in his personal life. God is good is a lo-fi Afro-pop song with subtle hints of Hi-life.
The Healing Process EP(which features DJ and EDM maestro, Walshy Fire, and Nigeria’s Ice Prince) is Skales' fourth album and works after previous albums namely, Man of the Year released in 2015, second being The Never Say Never Guy released in 2017 and most recently Mr Love released in 2018.
Other songs in the EP are
Badman Love
Selecta
Done To Me
On Your Side
Loko
A'Lagos
Skales has been releasing songs which have steadily set him a name leading to collaborations with all the major Nigerian pop stars like Wizkid, Burna Boy, Davido and Major Lazer in the span of the last five years as well as concert appearances in locations as far as the United States, Dubai, London, Muscat, and Oman.