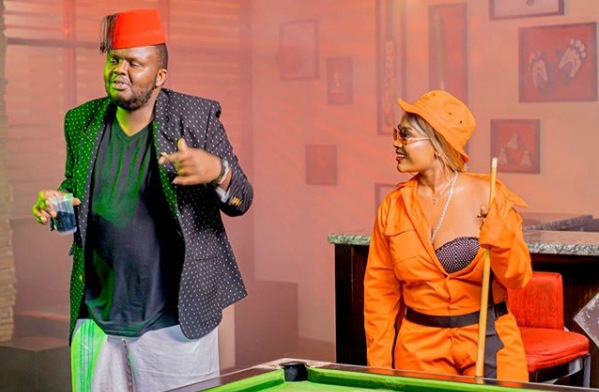 ‘Pakua’ is a feel good jam where both artistes express their desire to be with each other and have a good time.

Like all other other Jovial songs her vocals are on point justifying the reason why she has branded herself the baddest vocalist in Kenya.

On his part, Mejja comes through with poetic lyrics that have some ‘bedroom affairs’ and may not be suitable for minors.

An hour after it premiered, the video is doing extremely well online with over 6,000 views on YouTube.

Jovial has been keen to grow her music and has been consistently working with top artistes from across the East African region. She has previously worked with Otile Brown, Brown Mauzo, Wyse among others.

On his part, Mejja has been on fire this year teaming up with a number of artistes to produces amazing hits. Over the past few months he has worked with several artistes including; Willy Paul, Bahati, Femi One,  Ochungulo Family, Otile Brown among others.