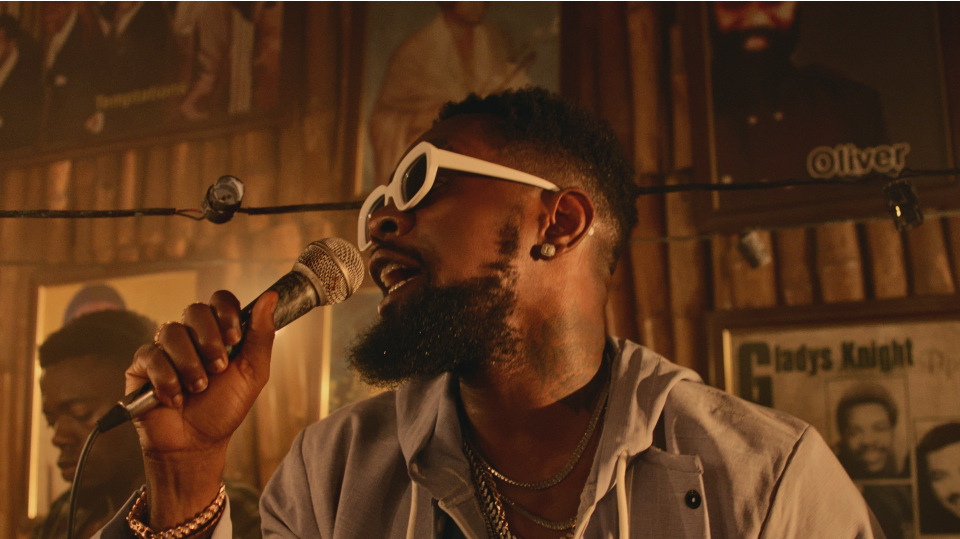 Nigerian Reggae/Dancehall singer and songwriter Patoranking has dropped an official video for his hit song 'Abule'.

'Abule' is the lead single for the 12-track album that was released on Friday, August 8.

The visuals for the hit song produced by Telz premiered on Saturday were directed by DK.

It is a well executed video, full of well endowed ladies, dancing along to the tune.

Choreography in the video is also in another level, and the sleek dance moves makes adds color to the song.

Released about a month before the official release of 'Three' album, 'Abule' can basically be described as a ghetto love song, and watching the video will give you a clear picture of this.

By Sunday, August 30, afternoon, the video has already been watched over 350,000 times

While releasing the 'Three' album on Friday, Patoranking noted that all songs revolve around love, life and happinesses.

"Three is a strong number. They good things come in three. In making the album, I tried to look at love, life and happiness. If you are listening to any of the tracks, even if it is a dance track, I want you to feel love," Patoranking said.