Burna Boy Drops Visuals For 'Monsters You Made' 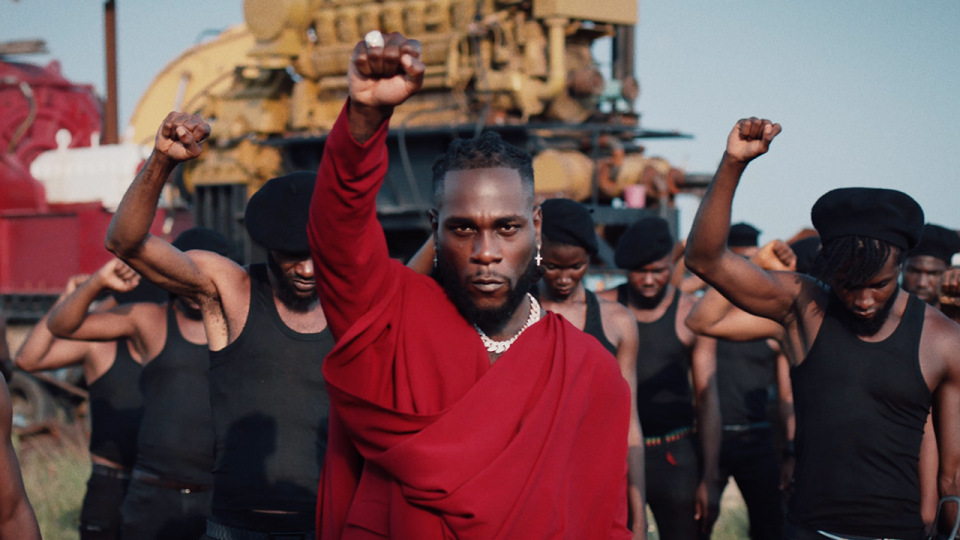 With the album still enjoying massive airplay and streams across various digital platforms, Burna Boy dropped visuals for hit single 'Monsters You Made' off the album.

The song which features Chris Martin has been among the best performing tracks off the album. 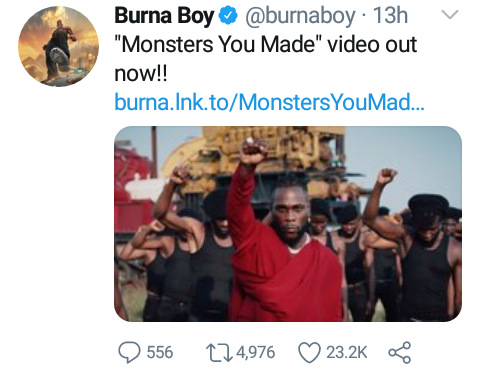 'Monsters You Made' video is directed by Meji Alabi under JM Film production and produced by Jimi Adesanya.

Credits for the creative directors goes to Meji Alabi and Clarence Peters.

Introducing the new video, Burna Boy tweeted: "Monsters You Made" video out now!!"

The song is track number 12 in the 15-track album which has already performed better than the previous one release by Burna Boy 'African Giant'.

With barely a day since it premiered, the 'Monster You Made' visuals have been watched over 442,000 times on YouTube.

This is the second video off the album executively produced by veteran American rapper P Diddy.

Burna Boy had already released visuals for the album's lead single 'Wonderful' which has so far registered 5 million views on YouTube within a month.