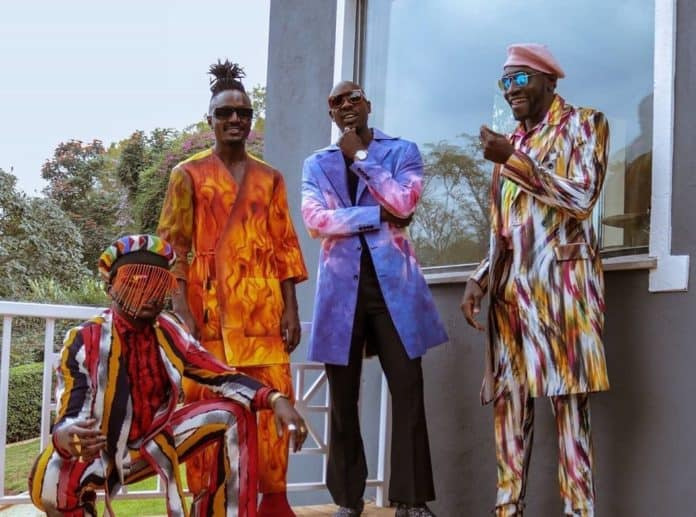 One of the most awaited concerts during quarantine was the Sauti Sol concert and we all keep wishing that it actually happened live because netizens were all about the hype. During the concert, two things in regards to two people; Chimano and Savara; were very apparent.

Before the Midnight Train album launch, it had been a weird week with some Kenyans on Twitter coming for Chimano after a Sauti Sol group photo was posted. This however did not stop the show and Sauti Sol, especially Chimano showed up to show out.

For Chimano, it all started with his style, as it always starts. Chimano looked effortlessly chic in all his wardrobe fits. Chimano was also keen to make sure that his harmonies and his singing was on point from beginning to end, as was for every member on the band. Also, true to his words on their show, Chimano is without doubt the best dancer in the band. By the time the show was ending, fans were trying to get a collective name for them and they settled on ‘Chimandems’ as endorsed by Chimano himself.

Savara, on the other hand earned new respect among Sauti Sol fans. For the longest time, people did not know that Savara is the benga/rhumba spirit behind Sauti Sol, especially vocally and with his runs/voice progression. People were surprised to learn that Savara is a multi-hyphenated artist; mans plays the bass, percurssions, drums, he writes and he is a super-producer.

We are obviously yet to get over the amazing show Sauti Sol put together for us and the much we learnt about the members of the boy band from that one show.