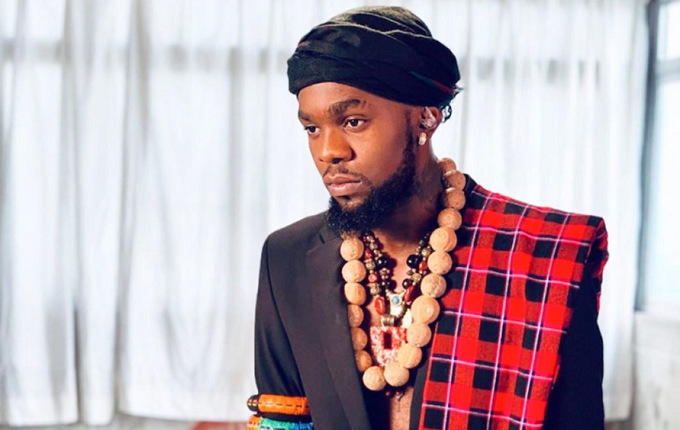 Patoranking is preparing for the release of his third studio album titled 'Three' that will officially be dropping on Friday, August 28.

In a tweet, Sauti Sol said they are proud of who Patoranking has become having joined forces for the first time three years ago for the hit song 'Melanin'.

The song's official video was posted on YouTube in November 2017 and to date it has over 20 million views.

Three years later, Sauti Sol will be teaming up with Patoranking again as they are part of the all-african artists that are featured in the 'Three' album.

A collabo between the two is track number three titled 'Whine It', a song Sauti Sol has asked their fans to watch out for.

"3 years ago we linked up w/ @patorankingfire and blessed y'all with #Melanin. What a journey it has been! We're so proud of the man he has become as an artist and can't wait to jam to the new album, out this FRIDAY! #THREE Watch out for track #3 #Whineit feat us," Sauti Sol tweeted. 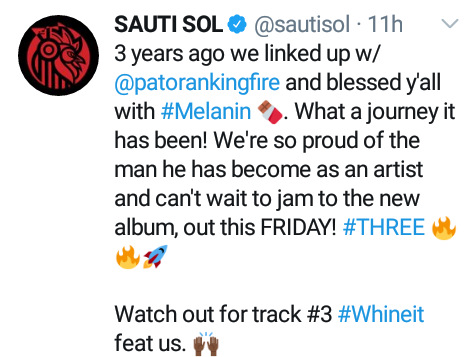 Patoranking on Monday unveiled the list of the 12-track album that has four featured artists all from Africa.

The featured Artists apart from Sauti Sol are Nigeria's Flavor and Tiwa Savage as well as King Promise of Ghana. 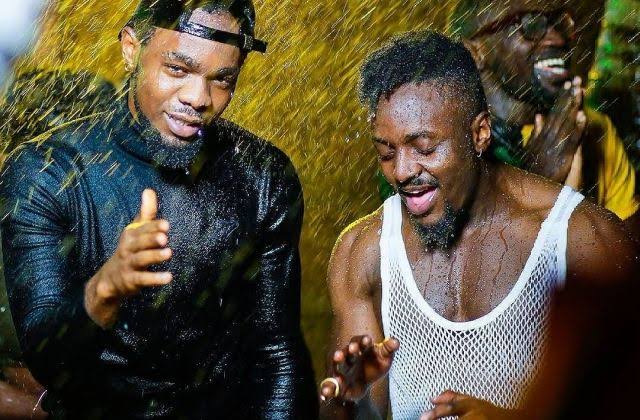 Here is the full list of tracks in the highly anticipated album;

Listen to the album's lead single 'Abule' that was released a few weeks ago.